Yesterday, right after breakfast, I got a text informing me that the archway windows at the station were now opened up from inside.  Getting this text confirmed my fears that I have become something of a station anorak. So be it.

The windows have only been uncovered from the northern side, but I guess the other side will be unveiled soon.  I was disappointed to find that the glass is opaque, so there's no chance of any moody staring up or down the avenue.  But the falling light here, patterned by archway gridwork, makes for a fine place to start a journey, and after years of construction barriers, and steadily increasing ridership, it's great to get a wide platform back again. 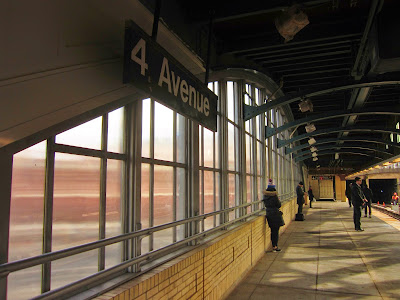 Strangely, this picture makes the renovation look more like an architectural rendering than the real thing. 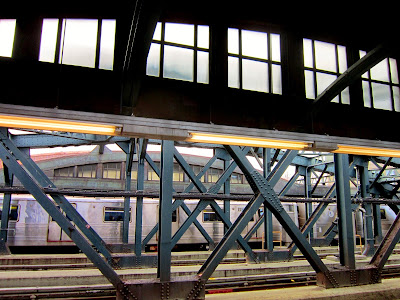 Downstairs, under the bridge, I saw that the last of the subway signs (east side) was up, and both signs here were now lit. 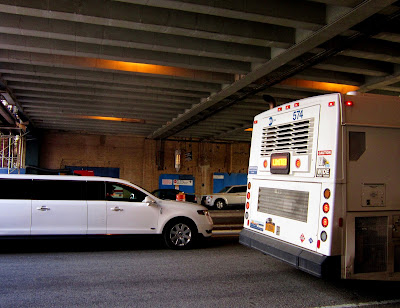 East: in between a stretch limo & the B103, the sign above the station entrance 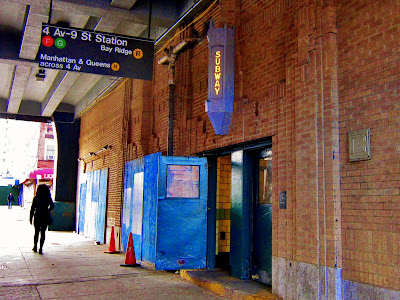 On the opposite side.
Posted by onemorefoldedsunset at Saturday, December 13, 2014