Across the Street on 16th 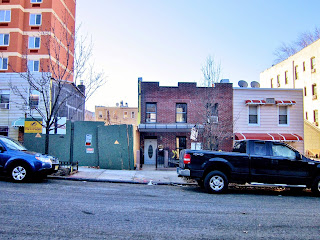 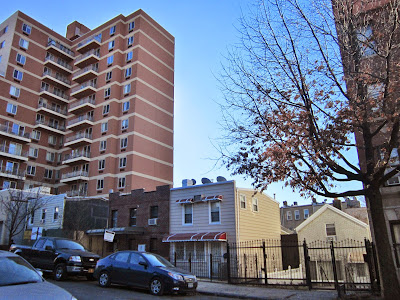 On a street where a number of houses sit below street level the Lilliputian number 92 (far right, above), looks lowest of them all. Underneath that brickface there may be an early wooden building predating anything else on the block. There are a number of small, detached houses like this, almost subterranean, still left in the teens & twenties streets around here. The scale of building size shown here, with high-rise towering over modest nineteenth & early twentieth-century housing, is a familiar sight on the blocks directly off Fourth Avenue.

Posted by onemorefoldedsunset at Tuesday, December 16, 2014