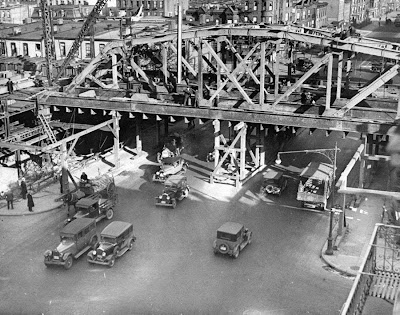 The early days of the Fourth & Ninth station

Yes, it's happened again.  Another deadline for completed renovations at the Fourth Avenue station, announced in May to South Slope Stoop, has passed, and the station remains shrouded in scaffold.

“It’s a historic renovation, so we want to get it right,” says John (Grazioli, construction manager). “But we are definitely on schedule to finish the job by the end of July.” 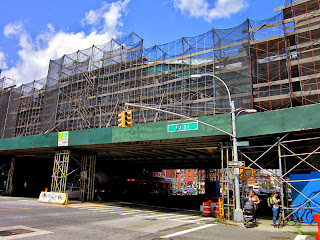 Back in May, a worker at the site told me that the stores at the station would be ready for tenants by September.  Let's hope so!


Posted by onemorefoldedsunset at Thursday, August 07, 2014