A week ago, I was looking at 816 and 817 Fifth Avenue (33rd Street) - semi detached properties that each consist of two attached houses (four apartments).  Yes, I know that sounds confusing.  There are six such properties on the block.  Since I wrote about them, I realized I'd overlooked 819 Fifth , that had been on the market since the spring, at $1,498,000, and yesterday the corner building, 814, was listed for sale at $1,350,000.  So four out of the six buildings are up for sale, and one of the sellers owns another of the remaining two. All 25 foot lots. 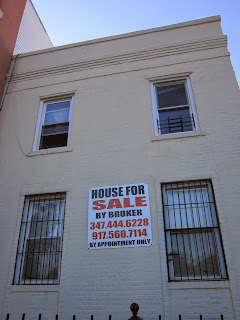 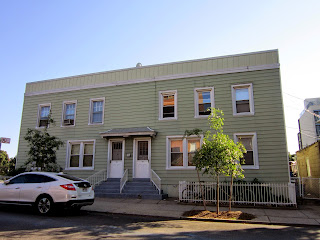 Here's the block looking north.  Notice the apartment building on the next block. 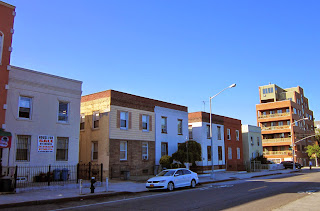 You have to wonder what's in the works.

Another small mystery here lies in the plaques on 816 and 817: 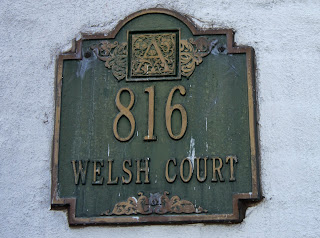 I've been looking online for any mention of Welsh Court, but have come up with nothing.  I'll look some more.  The fact that Woodrow & Roosevelt Courts are nearby, and of similar vintage, makes me wonder if there was originally a common courtyard at the back of the buildings.

Talking of Woodrow Court, No. 1, is getting some horizontal and vertical enlargement that certainly upsets the balance of the little group of houses. 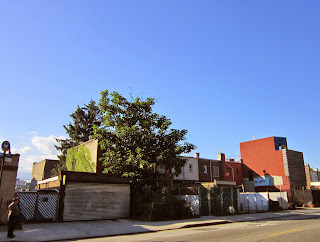 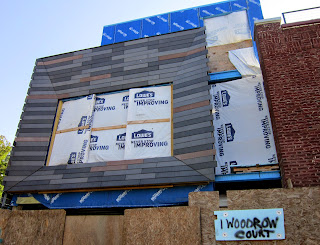 
Posted by onemorefoldedsunset at Monday, August 25, 2014