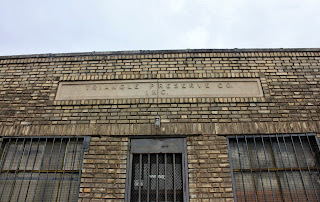 The Triangle Preserves Co., on 24th Street (Fourth/Fifth). I haven't found out much about its history, but I've read it was owned by Christian F. Schultheis, a bachelor from a wealthy Brooklyn family,  who died in his eighties in 1979.  More recently the building has been leased to Nasim Fashion.  Greiner-Maltz lists this as in Sunset Park between Third & Fourth, one block from the D & N trains, all of which seems to be somewhat unreliable information. 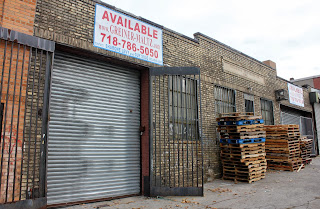 Posted by onemorefoldedsunset at Wednesday, November 06, 2013