I brought the ragamuffins back for Thanksgiving.  Here they are again.

More Depression-era P.L.Sperr.  This time he's taking pictures of Thanksgiving Ragamuffins, precursors to the Halloween trick-or-treaters.  The year is 1933. 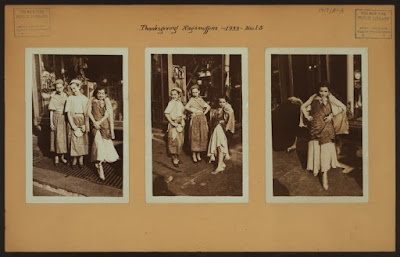 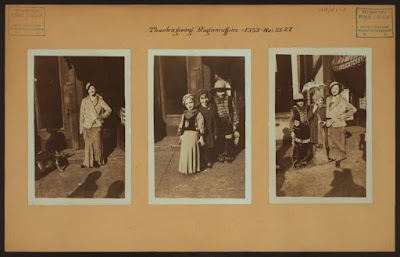 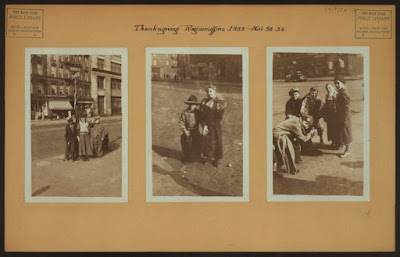 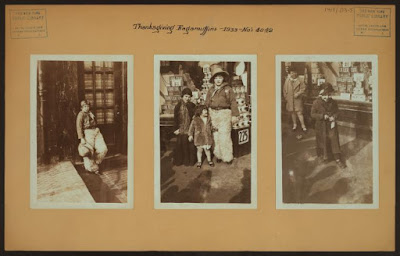 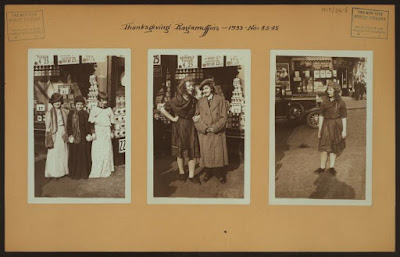 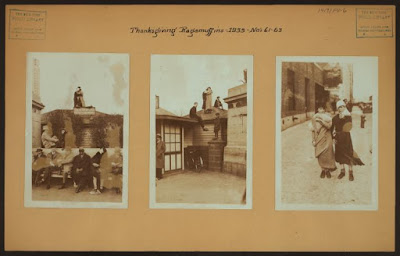 Near Columbus Circle, and 61st Street 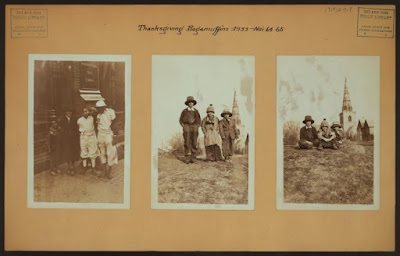 Sperr refers to one set of girls in the photographs as "boys, of course," and it looks like there are plenty of other cross-dressing ragamuffins here. And maybe a cross-dressing girl or two. Of the boys at left in the last picture he writes, "these ragamuffins really are colored" - a depressing acknowledgement of the number of ragamuffins appearing in blackface.  In his photographic notes, Sperr refers to the African-American and later Puerto Rican neighborhood of San Juan Hill, destroyed & displaced to make way for Lincoln Center just two decades later. I haven't included any pictures of blackface ragamuffins - they have no place here -  but you can see more of Sperr's ragamuffin pictures in the NYPL Digital Collection archives.


Posted by onemorefoldedsunset at Thursday, November 23, 2017