New plans have been filed for a six-story mixed-use building at 643-5 Fifth Avenue.  Nine residential units are included. The properties were acquired in '14 by 5th Ave Condos LLC for $4,250,000, and later put back on the market for $7,000,000, but apparently there were no takers.  Plans for a seven-story building were disapproved in spring of '16. 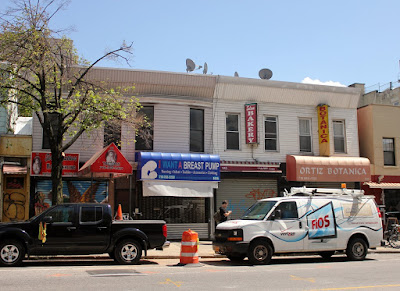 Here's a picture of the 18th/19th block of Fifth, taken in 1941 by Percy Loomis Sperr (NYPL Digital Collections).  You can see 643-45 with their original woodwork, and farther down, the original matching looks of the Hutwelker building and the 657 Fifth furniture warehouse. 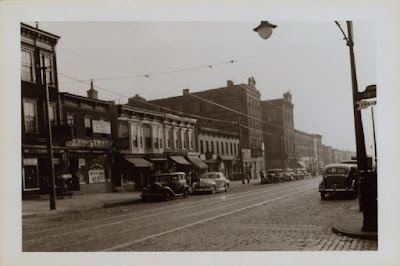 Posted by onemorefoldedsunset at Friday, November 17, 2017