The Look of a Place

Signs now reveal the incoming business at Second & 14th as American Tool & Equipment Rental.  I find it amusing that the signs have been put up by Big Sasco, another tool & equipment rental business based nearby on Third. 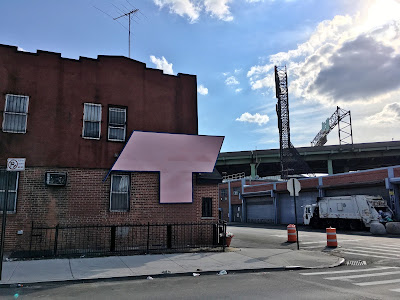 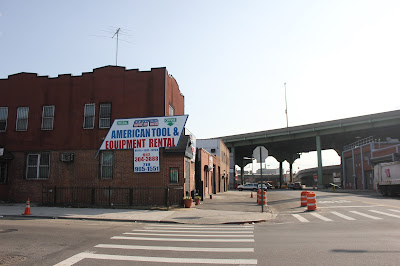 I knew that Ranieri's building supplies was the previous business on site, but I had no idea how long it had been around until I saw this.  A century. 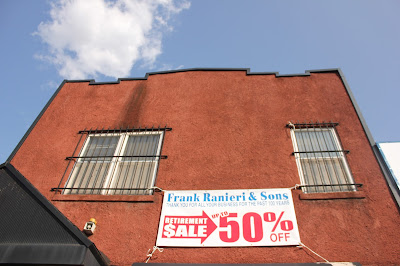 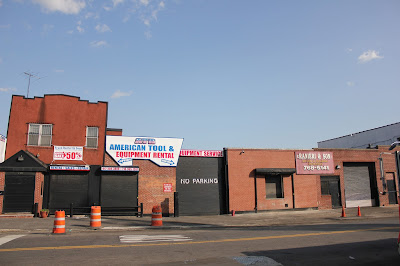 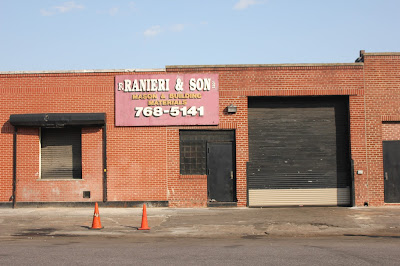 A couple of blocks away I noticed a for sale sign at the narrow ironworks yard on 12th. 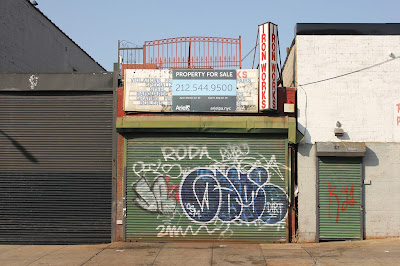 "Previously home to an ironworks business, this property is well suited for both a commercial user or artist interested in occupying the whole building, or an investor who is looking to break into a neighborhood in its early development stages. M1-2 zoning permits a multitude of industrial and creative uses, including repair shops, wholeshare service, and storage facilities...
Gowanus has been going through a powerful transition over the last several years. Whole Foods now anchors the neighborhood on 3rd Avenue and 3rd Street and The Lightstone Group is building a 700-unit rental complex on the banks of the Gowanus Canal. A massive public/private effort to clean up the canal is also underway which will redefine the entire area. " 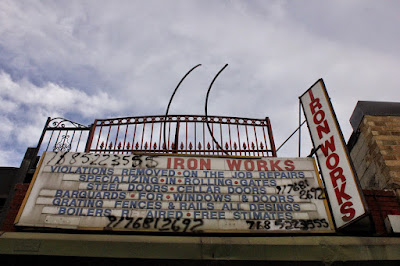 There's an annual "old-timers" stickball game played on this block the Sunday after Labor Day, or thereabouts. I haven't caught the game for several years, but I'm assuming it's still played.  You can catch a video of a 2006 game right here.  One of the ball-players talks of how the game declined when trees were planted on neighborhood blocks, though I doubt they were the only change that brought about its demise.  I love the shade of a tree-lined block myself, especially as the rising heat of successive summers (and now the springs & also the falls) turns cities into baking infernos. Greening is the only way to go.  But I still enjoy the feel of industrial streets like this one, where the low-slung buildings are laid bare before you, and the sky is massive and unbroken.  All the lines and spaces are clear and intact.

My old neighbor Sal used to rail against the changing landscape of our formerly treeless street.  He hated the invasion. It was partly the problem of tree-roots and the damage they caused that bothered him, and partly all those leaves that needed sweeping. Really though, he missed the lost views. Before the trees arrived you could look clean up four avenues right to the park, he said, or west, in the other direction, all the way down to the canal.

Update - 9/18/17
1.  Big Sasco is the same business as American Tool & Equipment Rental - tool rental mystery solved.
2.  As I had suspected, the corner building of the Ranieri site is wooden.  The last survivor on Second Avenue above Hamilton.

Posted by onemorefoldedsunset at Monday, August 28, 2017