I walked along Fifth from 9th to 23rd to look at the commercial vacancies.  This list is by no means complete.  Some spaces are long vacant, and a couple of others will be occupied soon, but many are recently closed.  From talking to just a few of the small business owners being forced out, I heard familiar tales of rent hikes and lost leases.  We've acquired a plethora of (chain) gyms in recent years, some macarons & croissants, some changing-of-the-guard restaurants, and the front guard (in & out) of thrift stores.  And bars. We've also got a couple of nice art studios, active in building community ties.  New construction and/or renovation herald higher-price/higher-end tenants, and in general it's harder for smaller, longtime business owners to hold on unless they own their buildings. Fifth below 9th Street is still very different in character from Fifth above 9th, and I still feel a loyalty and pleasure in walking south of 9th.  But real-estate fervor & those higher rents are chipping away at the diverse, local, down-to-earth spirit of our piece of the avenue. 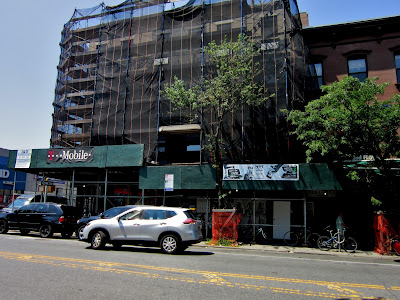 Incoming: 458. The T-Mobile store has remained open while the building is being enlarged, but the second store at this address (formerly a discount store) was vacated. It's still empty but apparently a "physical culture establishment" is on the cards. Now that's something we're short of around here ... 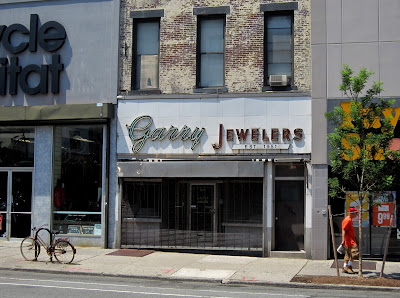 (Long) closed: 474. For a while I held out hope that Garry would reopen, as planned, but sadly, this looks less and less likely as the years go by.  It's such a familiar part of the avenue, I can't imagine it not being there.  While not as glamorous as the exterior, the interior, when I was last inside the store, had a perfectly intact 1950's decor.  Lovely. 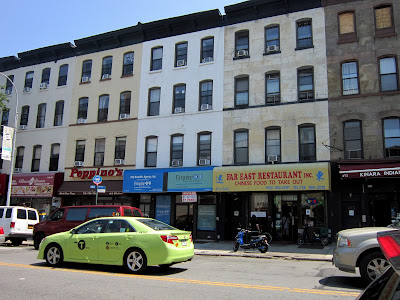 For rent: 471. Most residents will remember a laundromat there, & its signs still exist under the Empire vinyl awning.  I have a special fondness for this laundromat; it was our go-to laundry spot when we first moved in around here in the 80's. 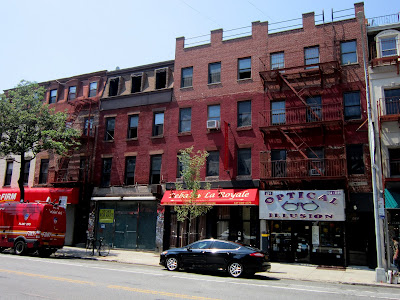 In transition? 492, Beba's La Royale (Mezini) operates by its own bizarre logic.  It's been closed for months, and recently the interior furnishings were at least partially dismantled.  But there's no word on whether the same owners are revamping the business again or whether there'll be a new business taking over. 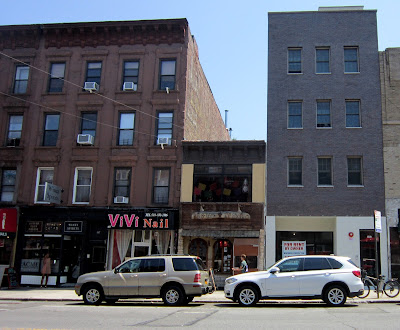 For rent (new building): 491. Tacos Nuevo Mexico originally operated out of 491 Fifth, next door to its current location. 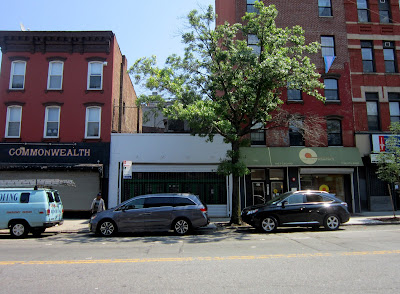 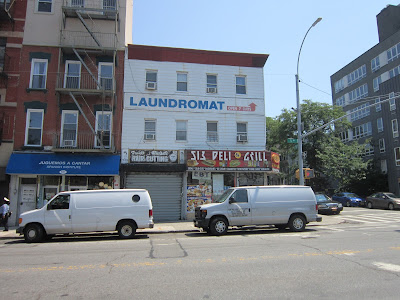 Closed: 513. Frank's barbershop closed early this year due to illness. 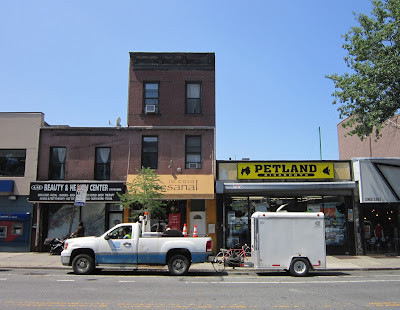 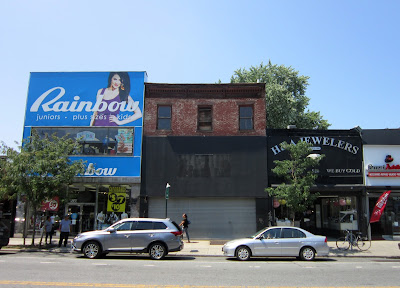 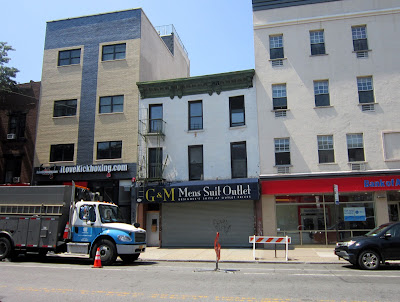 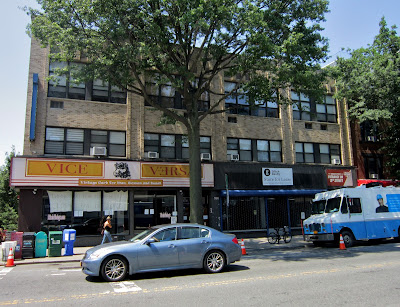 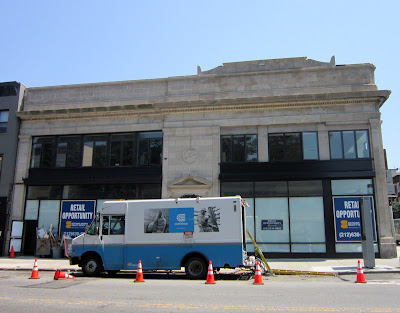 For rent/in transition:  555. A Crunch gym has been in the works here for some time, but it seems to have taken longer than expected, with some SWO delays in the building conversion along the way. There's still a partial SWO in effect.  Apparently there's additional commercial space for lease. Several small businesses were displaced in the process of the conversion/Crunch tenancy. 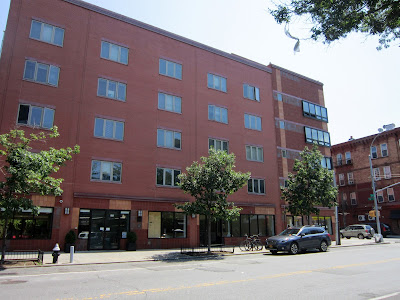 Vacant: 575.  The Kumon tutorial center is long departed.  For a while there were for rent signs in the windows here, but they're gone, and the space is still empty. 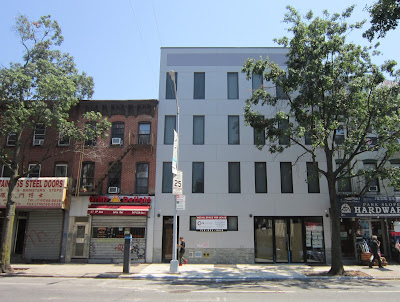 For rent (building conversion & expansion): 589-591.  Readers might remember the longtime Ramirez travel service at 589.  Owner Jesus Morales died during a robbery at the store in 2013. 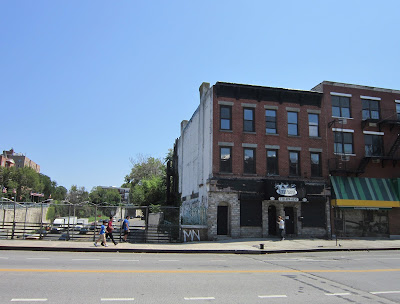 Vacant: 613.  Damaged by an adjacent fire in 2010, the Mambo Lounge never reopened.  There's still a full vacate on the property. 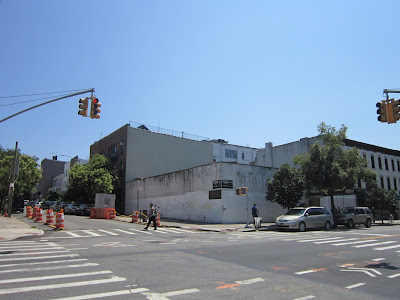 For Lease (?): 623-29.  Aaron's Fine Ladies Apparel closed in 2007.  There were plans to lease the property, and a Brooklyn Paper story in 2014 revealed the owner Howard Mankin's plans to sell the property.  The Aaron's parking lot was sold the same year to developers, but the store building has not changed hands.  I've seen the building used by filmmakers from time to time, but otherwise I'm not aware of what's going on inside.  There are still For Lease signs posted on the building. 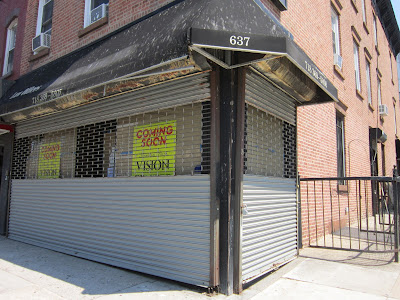 Coming in soon: 637. Hamilton Plaza Vision will soon be arriving at 637.  This sounds like it's one of the businesses still remaining at the Pathmark complex on 12th Street, which leads one to wonder how the other small businesses left at the site are faring, and whether a large commercial tenant will be coming to the Plaza soon. Time to get down there and see what's going on. 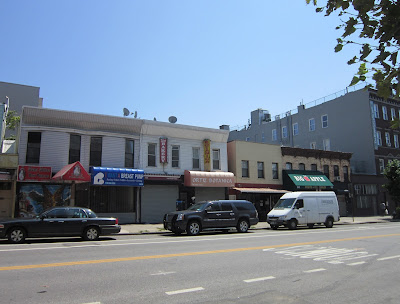 Stalled development site: 643-5. These two buildings (above left), slated for demolition, have been in limbo for a couple of years. 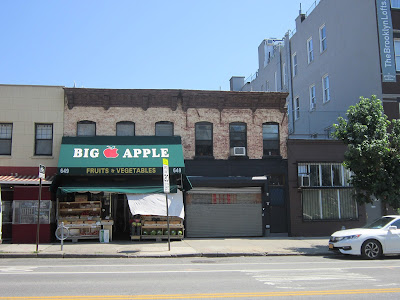 Vacant: 651 Roosters Caribbean restaurant closed in 2016.  Last I heard there were plans for a Japanese restaurant here, but the work is taking its time. 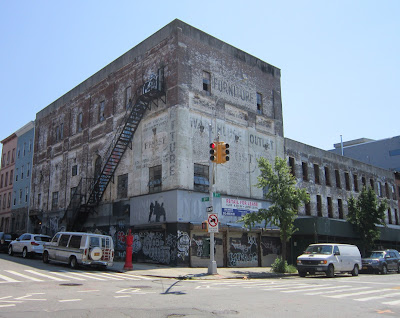 For Lease: 657-665 Fifth. Despite an SWO in effect since March of 2015 the commercial space is still being listed for rent online. 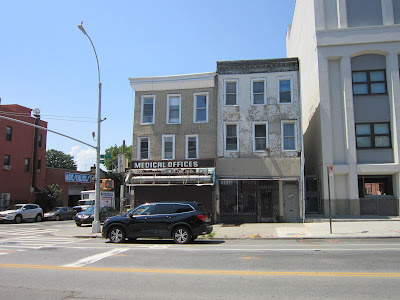 Closed: 650/648 Fifth. The medical offices recently posted a closure sign, but the deli next door has been empty for many years.  A year or so ago  I ran into a relative of the owner who was planning to fix the place up but this seems to have come to naught.  We can't leave this one behind without another picture. 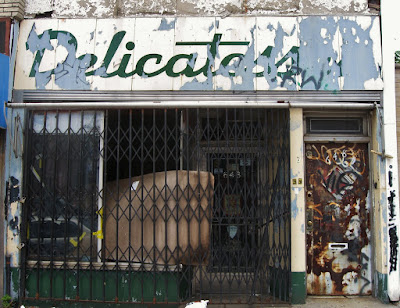 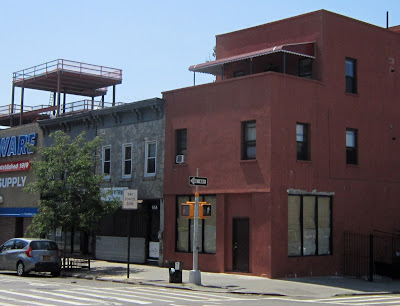 For lease: 652.  The brown paper suggests something will be arriving soon ... 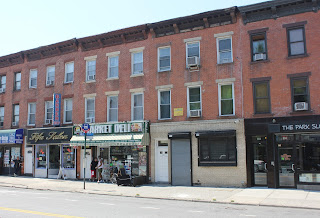 Building work: 694A  The Circola Festa di St. Anna Provincia Caserta recently sold the building, and it's being expanded.  Perhaps someone can offer more information about the history of this building, which seemed to have operated until recently as a religious meeting place/social hall. 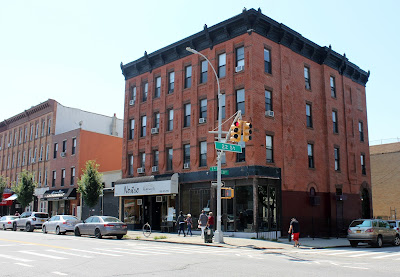 For lease: 708.  The corner space occupied by Mary's bar, which closed last year after a five year run, is still vacant, and the interior has been gutted.  We remember the earlier Polish bar Smolen 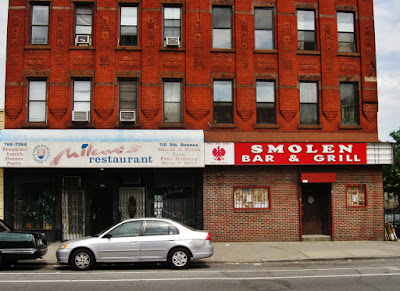 Next door Czech/Slovakian restaurant Milan was replaced by Nostro in 2016, and the Italian restaurant is thriving.
Posted by onemorefoldedsunset at Monday, August 07, 2017