This was a bit of a shocker.  At first I thought the store might be done for, but happily, it's still open. The sign was a recent victim of strong winds.

Here's the store a couple of years ago, 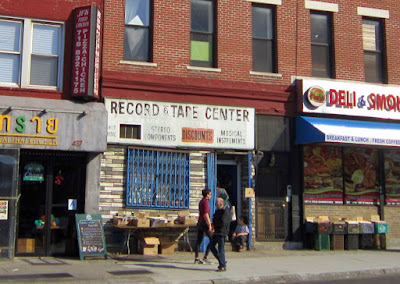 and here it is in 2011, with that good-looking canvas awning. 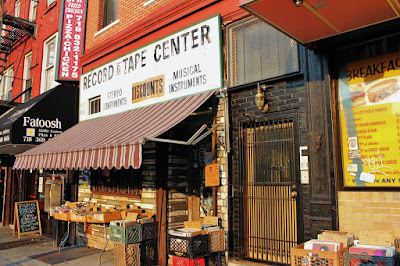 It's really got a pared-down facade now. I'll miss the Musical Instruments & Stereo Components, the Sheet Music, and the ghostly 8 Track Cassettes.  Will they stage a comeback?  The store's still hanging on, regardless. It's been on Fifth since 1965, and right here at 9th - a good spot - since 1971. It almost lost its lease in 2009, and for the last several years has been surviving on a month-to-month basis.  A shaky situation, but this place has grit.


Posted by onemorefoldedsunset at Thursday, May 04, 2017