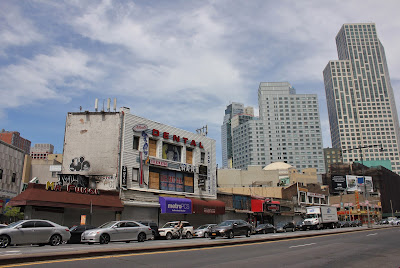 Around Fulton, the streets are pock-marked by building sites.  I don't think I've come across a greater concentration of green plywood fencing - no mean achievement in today's NYC.  Whole stretches of storefronts are shuttered.  The group of frame buildings between Fulton and DeKalb won't be around much longer, and I figured I should stop by Mr Fulton and the giant toothbrush of Atlantic Dental before they turned to dust. 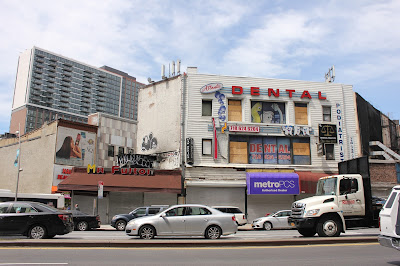 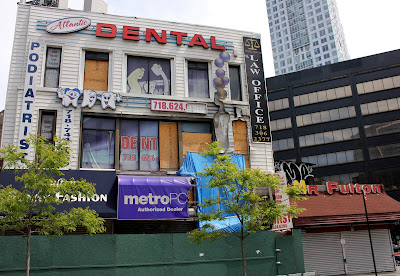 Stur-Dee, the health food store on Livingston, closed a year ago. The building's staying put, but like all the other smaller buildings here, it's hemmed in by new construction.  Sturd-Dee was founded in 1932 by "hardy little" Leo Kerpen.  In addition to his nearby processing plant, Austrian-born Kerpen ran a store and restaurant. In 1952 The Brooklyn Daily Eagle described Kerpen's health business as the biggest in the country:

"Which proves we're not fooling folks about this health food.  Would we now have 15,000 accounts in Brooklyn alone?  Would I have 50 in help, need a whole four-story building ... ship products all over the world?" 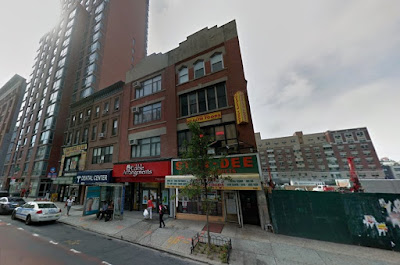 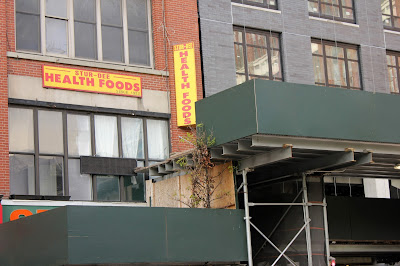 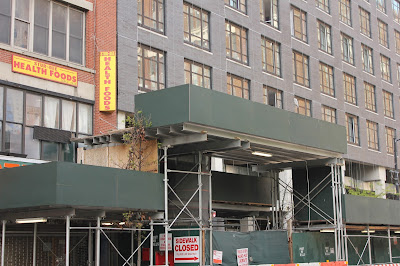 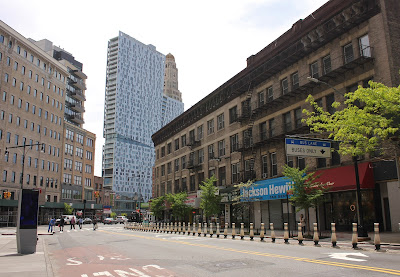 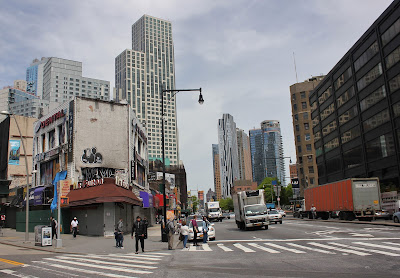 and a photograph from 2009 that shows the site of the Albee Square Mall, later replaced by City Point.  Look how prominent the Williamsburg Bank building still was, just a few years ago. 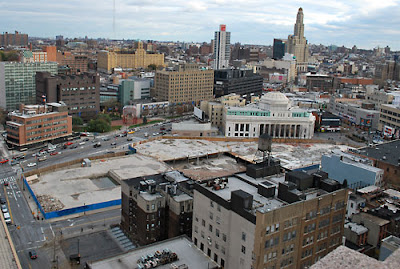 
Miss Kitty, did you see it all coming? 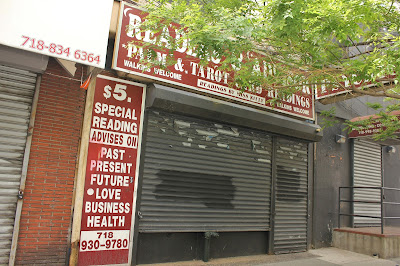 Posted by onemorefoldedsunset at Friday, May 26, 2017