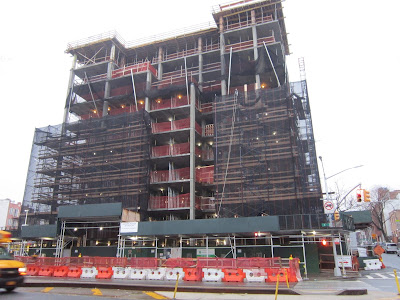 These Stop Work Orders are really getting the better of me.  Last time I looked at 635 Fourth (19th) in October, construction seemed to be moving along, but when I walked by today I saw that an SWO went into effect just a week later.  I fear I'm slacking. 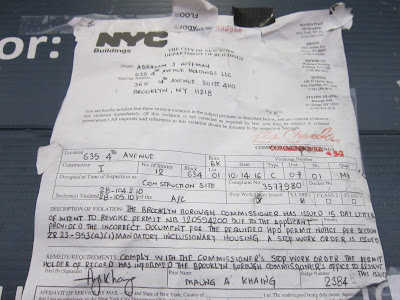 THE BROOKLYN BOROUGH COMMISSIONER HAS ISSUED 15 DAY LETTER OF INTENT TO REVOKE PERMIT NB 320594200 DUE TO THE APPLICANT PROVIDED THE INCORRECT DOCUMENT FOR THE REQUIRED HPD PERMIT NOTICE PER ZR 23-953 (A)(1) MANDATORY INCLUSIONARY HOUSING. A STOP WORK ORDER IS ISSUED. REMEDY: STOP ALL WORK IMMEDIATELY "MAKE SITE SAFE". COMPLY WITH THE COMMISSIONER'S ORDER. THE PERMIT HOLDER OF RECORD HAS INFORMED THE BROOKLYN BOROUGH COMMISSIONER'S OFFICE TO RESOLVE THIS ISSUES.

Nearby residents will remember 633-635 as the second Fourth Avenue home of the Seafarers International Union.  The Union sold the headquarters in 2013, and plans were filed for a new building, to include 6 - 12 units of affordable housing. 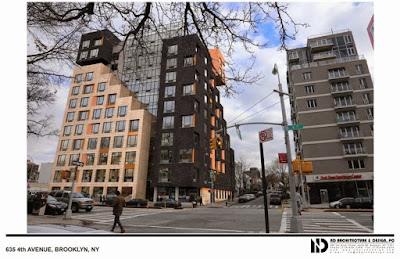 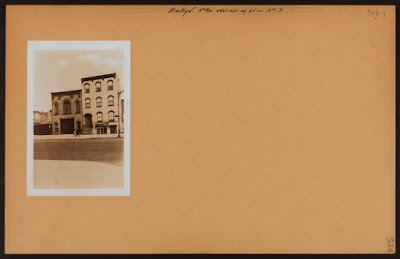 
And here's a later do-over of the same buildings: 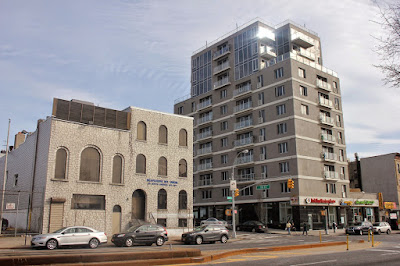 For old time's sake, here are a few links to posts on the original Seafarers Union, just down Fourth: tales of the Union bar, The Port Of Call, a Kubrick documentary (which shows the bar itself), and a search for the location of a wedding reception.


Posted by onemorefoldedsunset at Wednesday, January 18, 2017

Someone needs to buy that inspector a roll of tape!