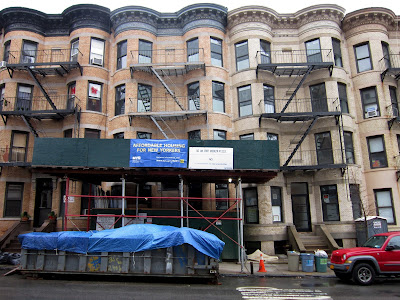 In 2015 we heard the good news, via DNAinfo, that the foreclosed eight-family building at 342 14th Street was set to be renovated as moderate-income affordable housing, and that two former tenants would eventually be able to return to their homes at the same rent they last paid there.  Work at the building is ongoing.  Next door 340, which had fallen into serious structural disrepair, was set for a different fate. A gut rehab is not yet complete, but the building is currently listed for sale as a vacant, ready for condo-conversion property. Well, almost vacant.

The eight-unit building will be delivered with seven vacant units and is just two blocks from Prospect Park and one block from the F & G Trains at 15th Street and Prospect Park West. The asking price is $5,250,000.
The seven vacant units are currently being gut renovated by ownership and will consist of one 1,300 SF ground floor duplex with outdoor space and six 790 SF apartments with open floor plans, exposed brick and condo level finishes. There will also be access to an outdoor roof deck for the fourth floor apartments. The remaining first floor unit is occupied by a RS apartment paying just $550 per month.

The ground floor tenant (who I met once) has certainly toughed it out over the years, and you have to admire that fiery determination.  Victory hard won. 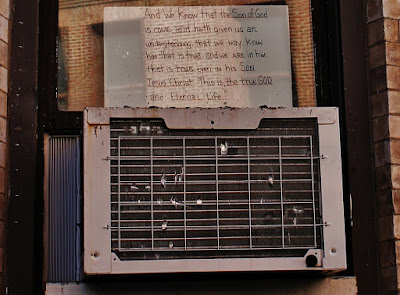 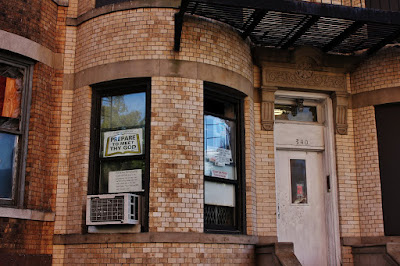 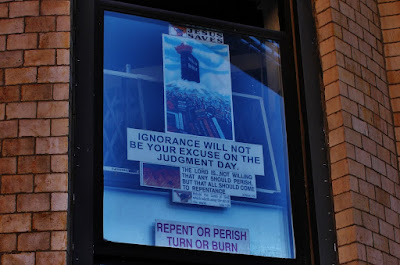 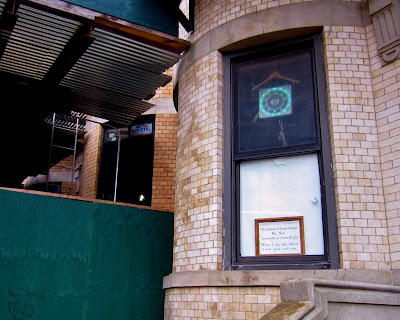 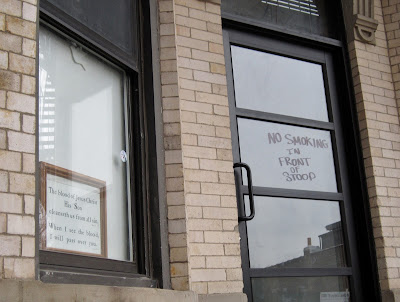 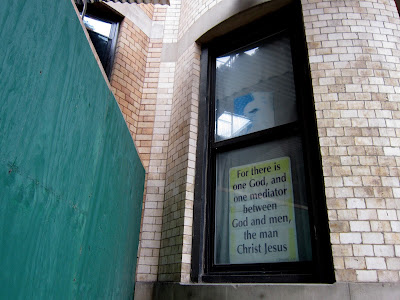 Posted by onemorefoldedsunset at Tuesday, January 03, 2017

Wondered about this for years. Cant imagine what the apartment is like. Im sure there has been no maintenance. I bet the landlord ripped out the buildings boiler and installed electric heat for the remaining apartment that the tenant pays for. Wish them the best of luck. Looks like they have the lord on their side.

Yes, I've wondered about this too. I'm sure it's been very tough, and hope the tenant can continue to hang in there.