Back on the Market at 18th?

A year ago we noticed the proposed plans for a new, seven-story building at 643-5 Fifth Avenue, between 18th and 19th. 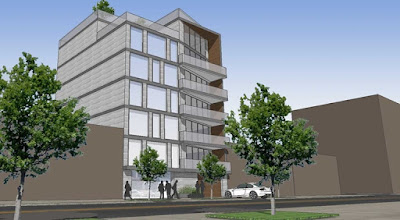 Is this your Fifth Avenue?

The low-scale buildings, which had formerly housed a tattoo parlor, a botanica, a bakery and the ill-fated (unfortunately named?) I Want a Breast Pump maternity supply store, were purchased independently in 2014/2015, and in 2015 645 was acquired by the buyer of 635, 5th Ave Condo LLC, who paid $4,500,000 for the pair. Shortly after plans for the new building were filed, the parcel was put back on the market for $7,000,000.  There appear to have been no takers, and plans for new construction have yet to be approved.  In the meantime, the two buildings, their demolition approved, remain empty, awaiting their marching orders. Yesterday I saw a banner on 653. 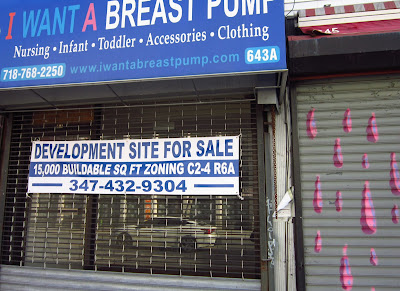 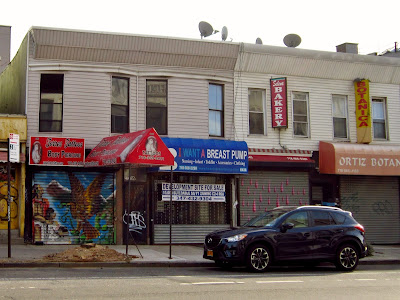 We live surrounded by construction sites. Some are active, albeit in a stop-and-start kind of way, and others are stalled indefinitely. We live with half-completed flip jobs, apartment buildings sold and "repurposed" as condos, and completed new buildings that are all too often riddled with construction defects. We live with empty lots, fenced off with the familiar rickety green plywood boards; sometimes we look through them to make out the ghostly lines of the buildings that used to inhabit the spaces. We live with empty buildings, like 643 and 645, that might have housed small, independent businesses, and might have endured as a part of a low-lying streetscape that once defined the neighborhood.  We'd welcome thoughtful construction projects that offered genuine, affordable housing, but they're awfully thin on the ground. We live with a seemingly endless second-rate market pillage, driven by greed and incompetence, and rolling ever-farther south.

Posted by onemorefoldedsunset at Friday, January 06, 2017