Let's move down the hill from Woodrow & Roosevelt Courts to the expressway.  Last time I walked down 30th Street, I saw the parked vehicles at no.126, 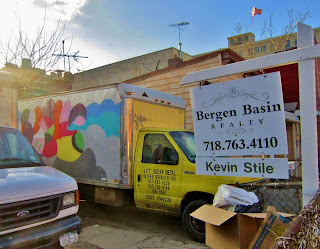 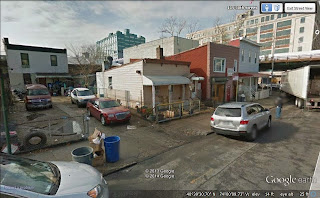 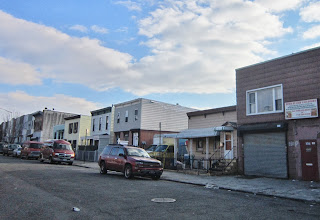 Meanwhile, for a slight change in scale & closer to home, here's the future look for Fourth & 11th (The Real Deal via Brownstoner).


The buyers of the huge development site on the corner of 4th Avenue and 11th Street are planning a mixed-use rental building 12 to 14 stories high, The Real Deal reported. The building at 470 4th Avenue will have 107,000 square feet of space and ground-floor shops. The sale closed this month, as promised.
The buyers are a group of three developers, including Adam America, which also purchased the McDonald’s site further up 4th Avenue at No. 275 in Park Slope, said The Real Deal. The other two are Slate Property Group and Naveh Shuster. The buyers paid the asking price of $20,000,000. TerraCRG brokered the sale. 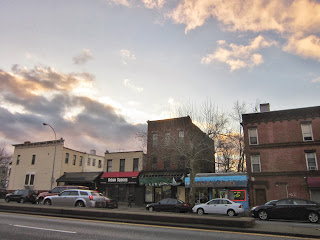