29th between Fifth & Third is predominantly brick, with rowhouses & more recent semi-detached buildings between Fifth & Fourth, & three or four storey apartment buildings from Fourth to Third.  And there are institutions: the public school on Fourth Avenue from 29th to 30th (east side), & the 72nd police precinct from 29th to 30th (west).  There's a large vacant lot at the corner of 29th and Fourth, and a beer and soda warehouse lower down the block.  Across Third, the Brooklyn Metropolitan Detention Center, whose current residents include Vincent Asaro (capo in the Bonanno family, awaiting trial for murder, extortion, armed robbery & racketeering) , alleged Al Qaeda operative Abid Naseer (awaiting trial for conspiracy to conduct bombings), Jimmy Cournoyer (awaiting sentencing  for drug-trafficking, with ties to the Mafia, Hell's Angels & a Mexican cartel), Devon Rodney (alleged leader of the Folk Nation gang, awaiting trial for racketeering & conspiracy) & Ross Ulbricht (allegedly the brains behind the dark web marketplace Silk Road (money laundering, computer hacking, conspiracy to traffic narcotics, and attempted murder). 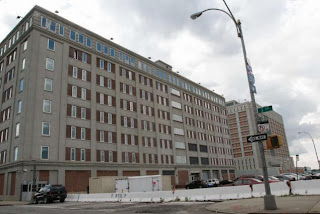 
Right next to the MDC is the Liberty View Industrial Plaza ( Make it in America. Make it Here!).  What can one say about the juxtaposition?  At first I thought Liberty View was actually part of the detention complex, as the buildings, at first glance, are somewhat alike. 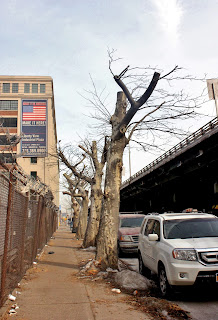 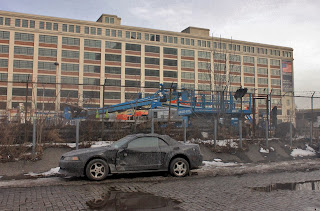 Under the expressway, from the MDC to the other side of Third: 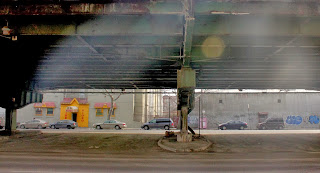