Sad news that Jackie's 5th Amendment, the old-school bar in business on Fifth since the 80s, will be closing in September (Daily News).  Apparently the next-door pharmacy will be expanding into the space - a better way to close out at least than to be replaced by an arch new drinking spot.  It's hard to imagine that best-bar-name-of-all missing, that green awning gone, and the corner at 7th empty of a customer or two hanging out copping a smoke or shooting the breeze with a passer by.  It's sad to think of another trace of the avenue's earlier identity vanishing away. 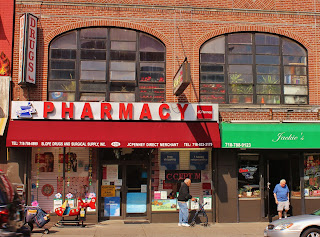 "The bar’s elderly owner, Harold Costello, has become ill, and no one in his family wants to take over the dive spot on the corner of Fifth Ave. and Seventh St. in the ever-tony neighborhood."

Last fall, the bar, in a facetious move I enjoyed, announced a petition in support of secession from Park Slope:

"Due to the changing nature of the neighborhood and the fact that we are beginning to take offense when potential customers come into the bar, look around them with disdain, and leave, immediately, we the people of Jackie's 5th Amendment at 404 5th Avenue request the permission of the United States Government to peacefully secede from Park Slope and become our own neighborhood, to be tentatively known as "Brooklyn"."

Even stucco-ceilinged Jackie's though, began to acquire something of a modest hipster following, and had hosted literary evenings in recent times. With O'Connor's future uncertain, Jackie's closure will make Smith's the lone old-timer bar survivor on Fifth. 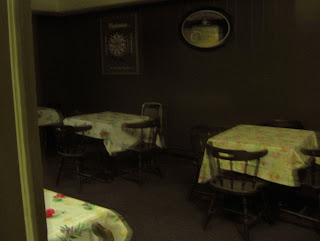 Posted by onemorefoldedsunset at Monday, August 12, 2013