In the Annals of SWOs

Across the avenue and down from 669 Fifth, there are more dubious examples of construction. Poor 20th Street (Fourth/Fifth) has three less-than-contextual buildings rising on a low-scale mixed use block.  At 213 a five-story multi-unit building had a SWO rescinded this week. I tried to find out more about the building, but couldn't find an approved new building permit at the DOB site, only a new building application filed a year ago, which is still listed as disapproved/pending.  We'll put this down to a) a bureaucratic error, and/or b) my limited site-search abilities, and assume there is an approved permit lurking around somewhere or other.  The pending application listed fourteen residential units, which suggests rather small rental apartments were planned. 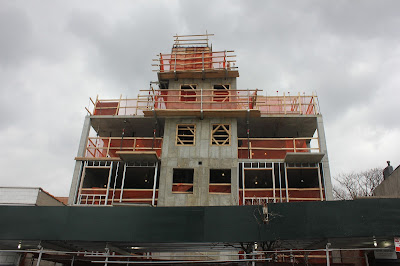 Up the block at 231, where a four-story addition to a commercial building (six units) is was underway, a partial SWO has been in effect since May:

Violations that include work without a permit & safety issues remain open. 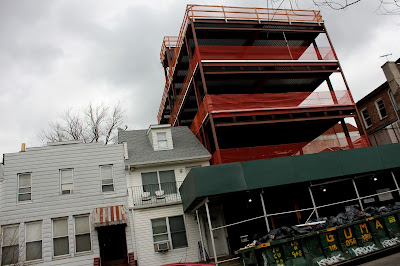 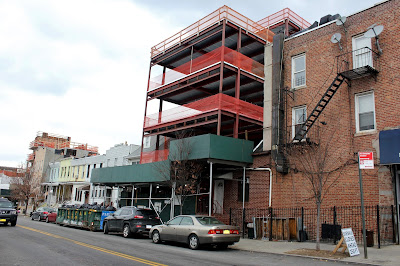 At the bottom of the block a third building is going up, at 187. This one is an eight-unit number.  A SWO was put in place last month, for safety violations, but this was also rescinded this week.  We're suffering construction fatigue, but will post a picture of the site shortly.


Posted by onemorefoldedsunset at Sunday, December 11, 2016