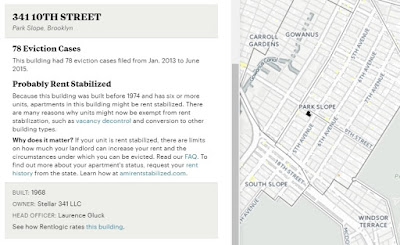 In 2011, the Appellate Division ruled that tenants in pre-Mitchell Lama buildings like 341 10th (Prospect Towers), built prior to 1974, would be protected from large rent increases:

Tenants whose landlords took their pre-1974 buildings out of the Mitchell-Lama program are celebrating a big win. On Dec. 28, the Appellate Division, the state’s mid-level court, unanimously upheld the state housing agency’s regulation that says simply leaving Mitchell-Lama is not a “unique or peculiar circumstance” (“U or P”) that justifies a huge rent increase.
The decision protects tenants in some 19,000 apartments in current and former Mitchell-Lamas built before 1974. It keeps things as they are: The owners cannot get big increases based solely on taking the building out of Mitchell-Lama...
The definition of “unique or peculiar” is the problem. Landlords have claimed that just leaving Mitchell-Lama qualifies as such a circumstance. The courts have disagreed, saying that “unique or peculiar” means what it says: It applies to a few units with unusual circumstances, not to every apartment in every pre-1974 buildings coming out of the program.
Owners such as Laurence Gluck of Stellar Management have used the “U or P” claim to ask for increases of as much as five times the previous rent in some Manhattan buildings they took out of Mitchell-Lama.

If you can get those tenants out though, you can push up the prices.  Stellar Management, who took over Prospect Towers in 2007, has current online listings for 341 10th Street that show rents for 3-bedroom apartments advertised at close to 4K. 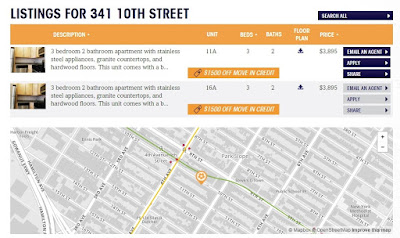 Hopefully, for tenants who have manged to hang onto their apartments, things have improved since 2014.  Here are a few lodged complaints on the DOB site: 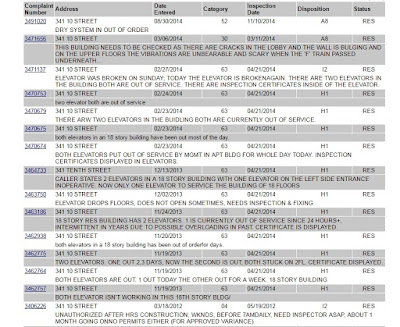 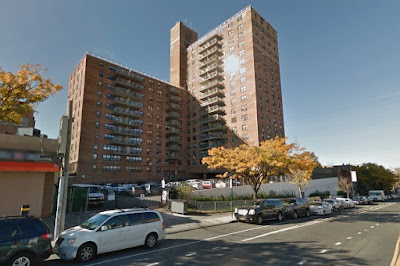 Posted by onemorefoldedsunset at Sunday, December 18, 2016