A few store makeovers, with an emphasis on body treatments of various kinds. I was told a while back that Dreamy's/Golden Mens Wear (11th) was turning into a bank, but after I saw some rather chintzy looking railings going in, I figured something else was on the cards. And now we see what it is. An Aesthetic Laser Center! 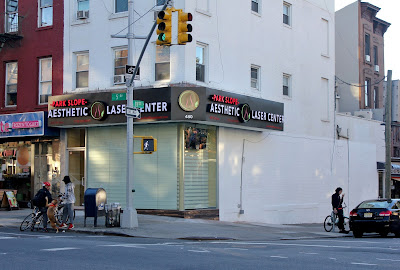 The State of the Art gallery (10th) lasted less than a year, and going by the furniture just installed it's being replaced with a mani-pedi joint.*  Meanwhile at Game Champ (13th) which closed earlier this year, the store space has been reconfigured, with a tiny waiting area, and a number of small room off a corridor. You might guess dentist, or doctor's office, but I'm putting my money on "relaxation" spa. 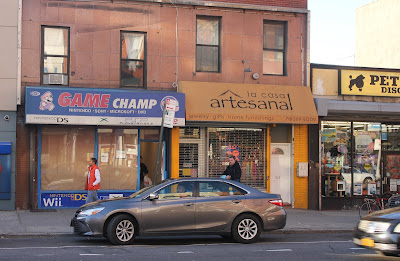 From body to soul. The nearby bar Fifth Estate (formerly Royale) closed last month.  It's now under new ownership, and likely to be opening again later this month. I've heard it's getting a new name, all new staff, and a drastic re-focus, with comedy & higher-end cocktails on the menu, & live bands playing less frequently.   I can't confirm these changes, nor word of mixed feelings about the new ownership in the local bar scene, but I do know that Fifth Estate regulars will miss the vibe, the music, the pinball machines, and the zebra-covered walls of their old spot.  We'll see what the coming months bring. 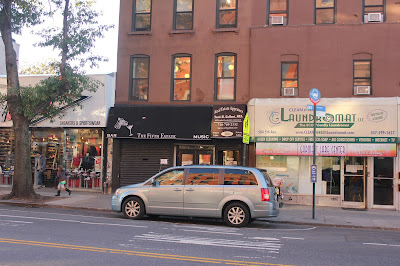 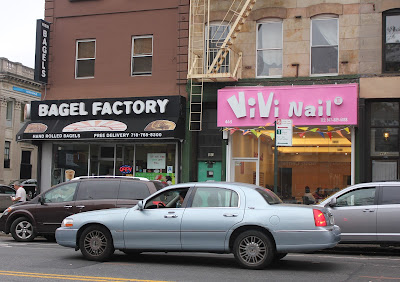 Posted by onemorefoldedsunset at Tuesday, October 11, 2016