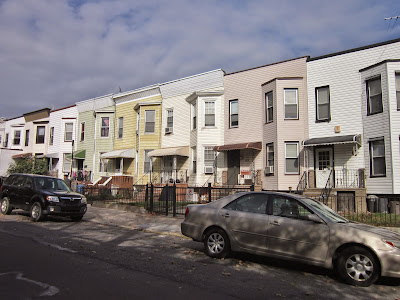 Most of the north side of 58th Street between Sixth & Seventh is taken up by an unbroken stretch of two-storey frame rowhouses. Today they're almost entirely aluminum or vinyl-clad, and have lost any decorative details they once possessed.  Their bays are intact though, and most have acquired awnings over their doorways.  Their sweep along the block is a stark, bright, geometry. There's just one house to tell us how this row once looked, with its cornice and the pediments that match its sharp-angled bay. 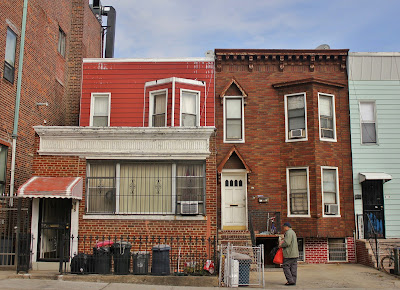 It looks almost identical to the asphalt-sided houses John D. Morell saw, when he walked this street fifty-six years ago.  I'm assuming the facades were originally wooden, but it looks as if the row got its brick-look treatment en-masse. It looked good in 1958 though, & still has some vintage grace today.  These were never grand houses, but look at the dignity afforded here.  It's priceless. 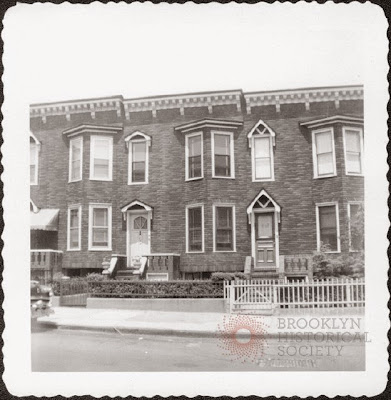 Posted by onemorefoldedsunset at Sunday, November 16, 2014