We went to the Queens Museum this weekend, to check out the Warhol exhibition 13 Most Wanted Men: Andy Warhol & the 1964 World's Fair.  We went by way of Astoria Boulevard and there at 90th Street was the Fair Cinema, looking past its best, but with a marquee as brave as you could hope for.
First Run in Queens
2 Top Hits R
New Shows Su nday&Thur
Though we were running late, my fellow riders were all too used to my need to jump out of the car when something in particular caught my eye.  I'm used to being out with a camera on foot, so rushing past places fast can drive me crazy.  I was in a hurry this time though, and I wish I'd had time for better pictures. 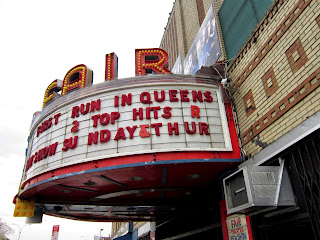 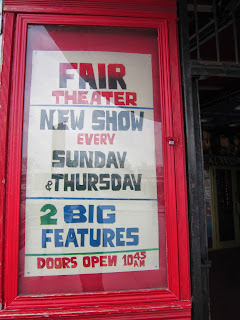 The Fair itself is quite a trip, but the 1930s building complex it's set in - encompassing a whole block - is extraordinary. What a group of businesses!  And what year is it here?  At north, the Fair Food Market (Italian-American Grocery, H.I.6-2776), which looks long, long closed. 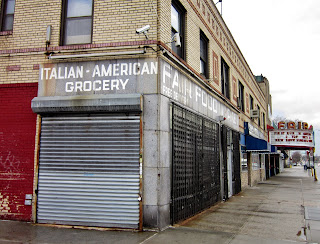 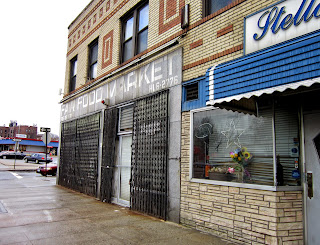 Next door: Stella D'Argento Ristorante (Northern Italian Cuisine). Stella's, with its nice looping cursive sign up top, seems frozen in time from the 70s at least..  It's been shut for several years and a note at the door says that it's closed for renovation until January 2015. Will the renovation ever come? A lone Yelp commenter in 2009 claimed that his family used to run the place, but that it had "gone to shit" since then. Still, Yelp is hardly what you'd call a reliable source of information. 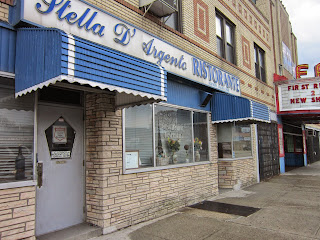 At the other side of the theater, beyond several shuttered stores, the Evangelistic Church of Christ of the Apostolic Faith.

Partners in time a block along, the neo-Tudor Cozy Cabin strip joint (Show Girls Daily) rubs shoulders (or something) with a big slab of a Jehovah's Witness Hall .  Another unholy alliance.  And at 93rd, the Buccaneer Inn, which gets overwhelmingly positive reviews, & looks like a diner well worth getting to know. 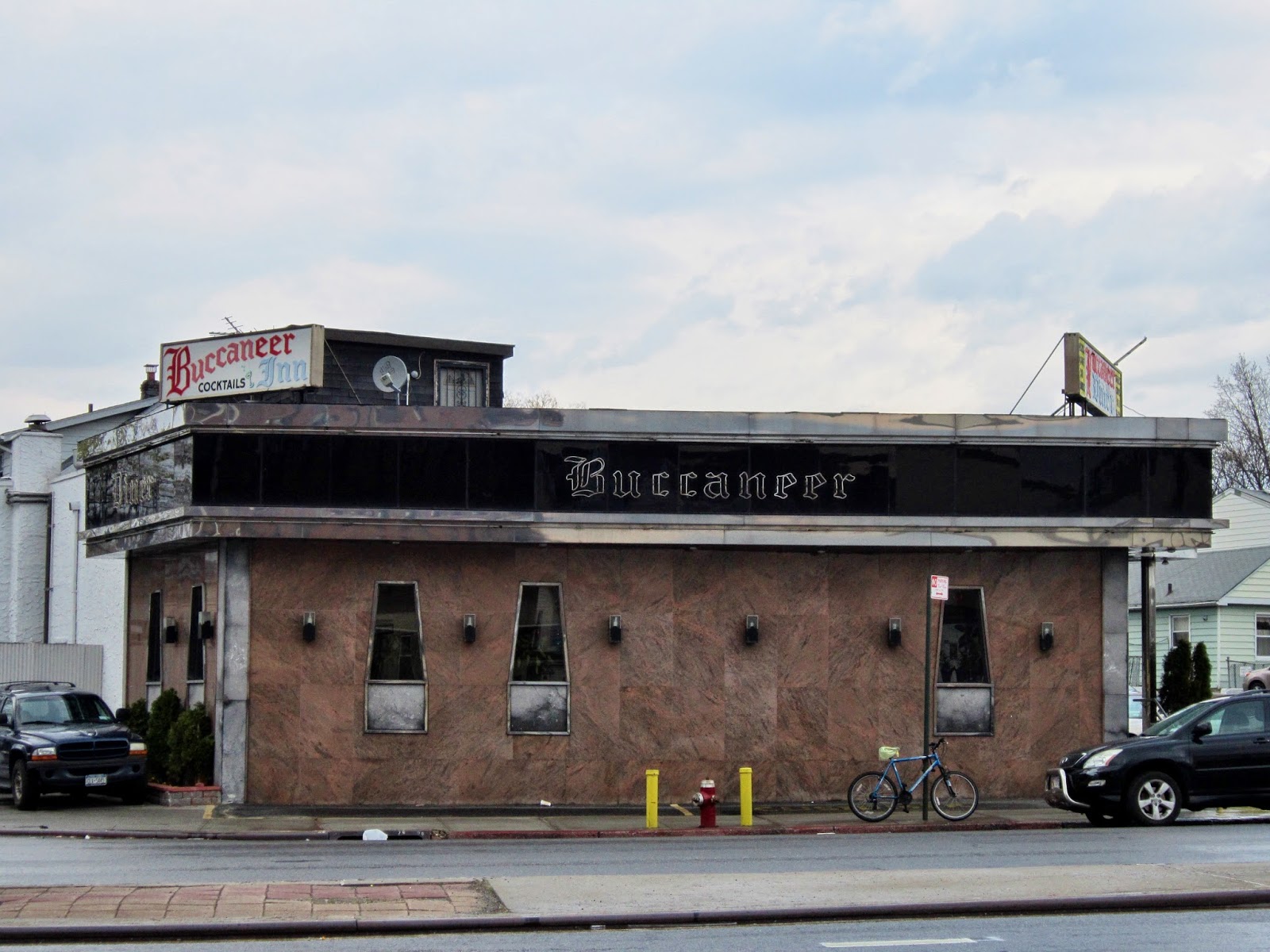 Posted by onemorefoldedsunset at Tuesday, April 29, 2014