Mezini Restaurant Corporation leased a space at Fifth & 12th three and a half years ago, and work on the place has limped along over the years, despite an "opening soon" sign posted some time ago.  Today I noticed that the windows are finally unpapered, so I guess its debut is imminent? 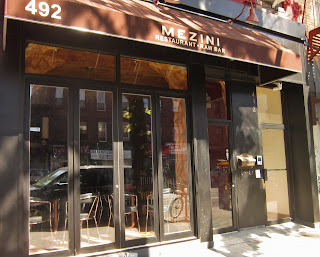 Meanwhile on 9th St., Fusion City, an Indian/Chinese restaurant which opened in March, hasn't been open for at least a week or so. This is too bad.  The menu ran more to Indian than Chinese, and the food was plentiful, inexpensive, and pretty good.  The staff there were friendly.  I was always the only customer when I went in, and I wish more people had tried it.  If it had been on the other side of 9th, it might have got more passers by, but still, it was right at a busy intersection.  The other Indian spot nearby, Kinara, never seems very busy (though if it were more welcoming that might help a bit), but I don't think there's a huge demand for Indian food round here.  I hope Fusion City reopens, but fear the worst. 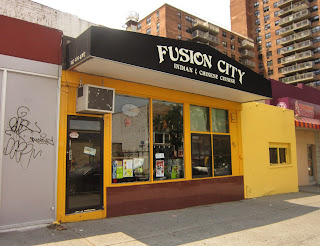 Posted by onemorefoldedsunset at Monday, June 03, 2013