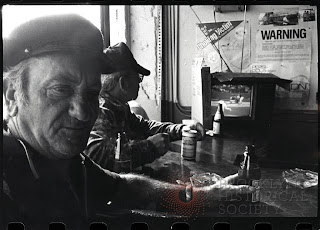 The Brooklyn Historical Society's Photo of the Week: Ruby's Bar, 1985, by Anders Goldfarb


"Coney Island’s many shades have been well-documented by a host of great photographers throughout its history. This comes from another great series by Anders Goldfarb, often seen bespectacled and bicycling throughout Williamsburg and Greenpoint with a 35mm SLR slung across his chest. He shoots film and film only. His prints are lovingly developed in bins of aromatic chemicals and have a hearty silvery sheen to them. Anders entire series of Coney Island photographs may be viewed on our image catalog where his grainy style aptly represents his subjects."

And here's another Goldfarb photograph of the bar, taken in 1984.  Photograph courtesy of Brooklyn Visual Heritage. 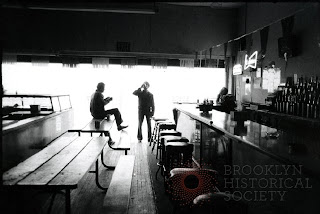 Posted by onemorefoldedsunset at Thursday, March 14, 2013

Love those photos! Thanks for posting them, I'm sure going to miss Ruby's this summer!