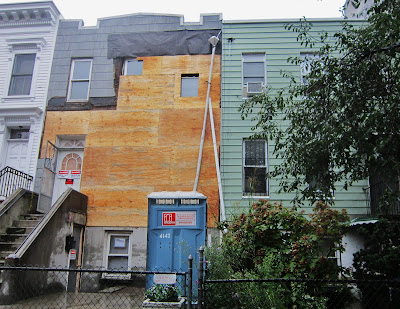 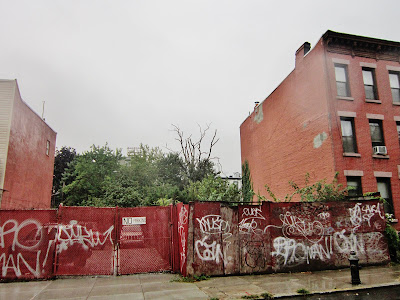 Across the street, this lot has been empty a dozen years or more. You can still make out a faint outline of a pitched roof on the wall of the right-hand building. The house was a small grey frame, owned (in my time here) by an elderly man who, despite looking frail, could often be seen clambering on ladders or atop the roof, fixing things. There were cats there too. I couldn't fathom why the place was demolished - it could still have been a perfectly good home.  Well I knew why, but it was a shame.

The basement remained long after the house was taken down, and, until a fence was secured, you could see narrow steps leading down to the basement. There was something sad and mysterious about this, and over time, as greenery grew in, it look like some long-abandoned archaeological dig.  I wanted to sneak into the lot and look around. Later, this turned into an excavation pit.  Not so mysterious any more.

Work at this site ground to a halt a while back, but the D of B site reveals a plan exam approved in August, so we could see a building rising soon. 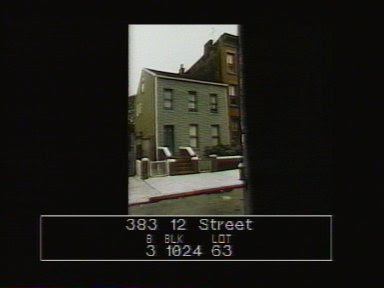 Posted by onemorefoldedsunset at Wednesday, October 03, 2012