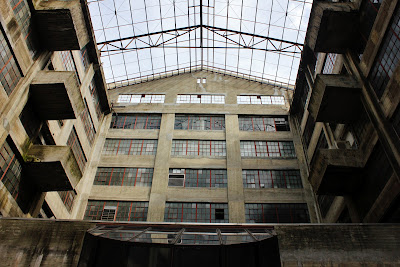 
"The Brooklyn Army Terminal was commissioned by the federal government in March of 1918 to serve as a military depot and supply base. The massive five million square-foot complex was completed in September of 1919, built in just 17 months. ...

(The terminal) ... was most heavily trafficked during WWII, during which 56,000 military and civilian personnel were employed there. Over three million troops and 37 million tons of military supplies passed through the facility. Arguably the most famous soldier to deploy from the Terminal was Elvis Presley. He greeted fans and a dozens of photojournalists in September of 1958 when he shipped off from Brooklyn to Germany."


Check out photographs of the terminal in military operation at the link above. The city purchased the complex from the federal government in 1981, and it is now run by the NYC Economic Development Corporation. Three million of the terminal's five million square feet have been restored for business use. There are all kinds of things going on here, from Guggenheim storage space, fashion production, and studio space for artists, to kidney dialysis centers, and medical research facilities.

Though the terminal is normally closed to casual visitors, I was told by an inside source that you can get a pass at the checkpoint to eat at Pete's Place cafe, in Building B, and this will give you the chance to take in the grandeur of the building's atrium. This might be one of the best canteen lunch locations in the city. 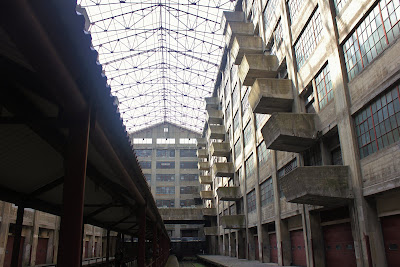 Along the platforms of the atrium space, under the glassless girders of the roof, you can read the sad faded poetry of destination points.  Balkans. Azores & Portugal. Africa Odd Countries. 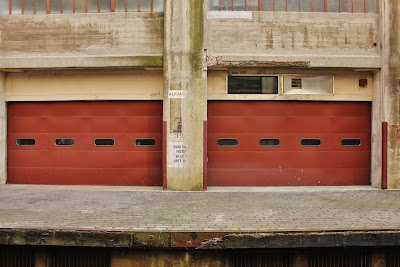 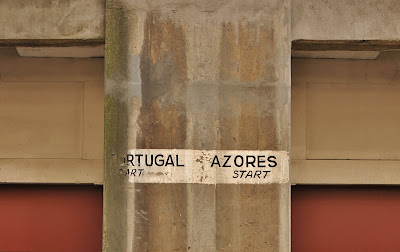 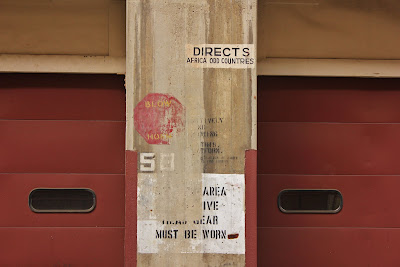 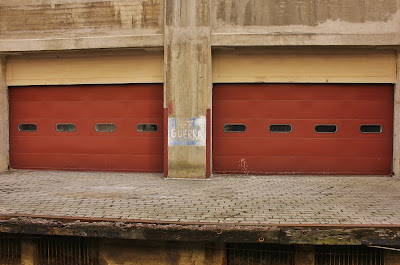 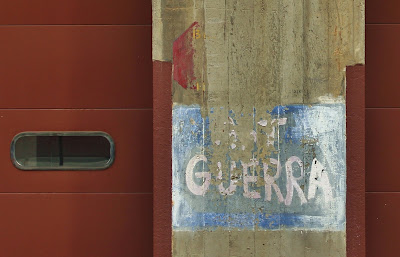 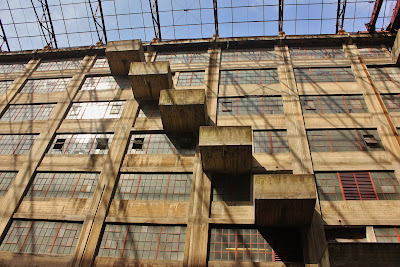 The atmosphere in Building A was less stirring. 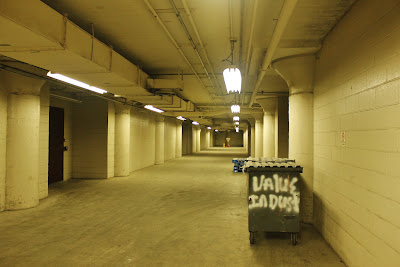 Outside, on a fine autumn morning 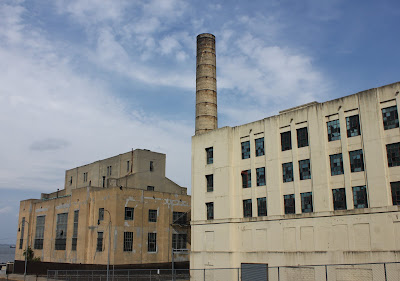 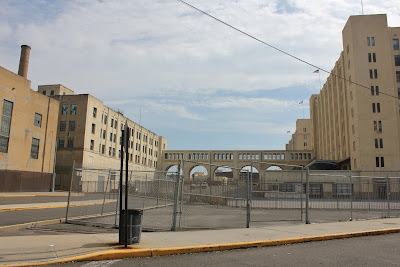 America was still being moved ahead, 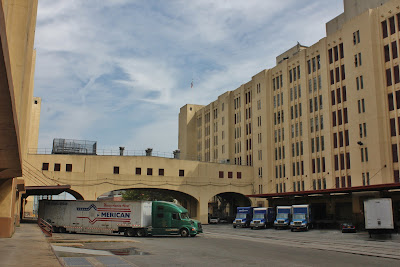 and several men and one woman were fishing. 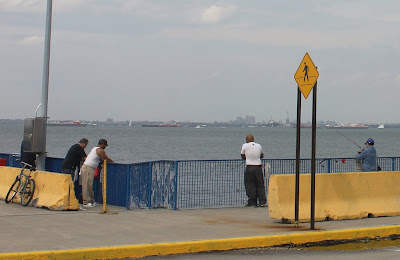 
Posted by onemorefoldedsunset at Sunday, October 07, 2012

Great report. I believe this is where my father, who is not Elvis, shipped out to N. Africa in WWII for what would culminate in the Italian campaign.

Loved this post! Great photos and the Elvis video was the icing on the cake!