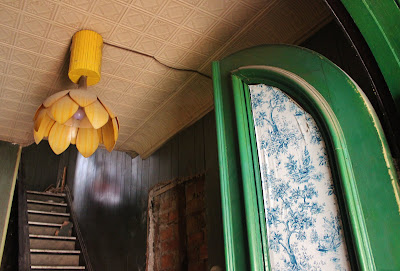 Who needs a Haunted House to visit this Halloween, when you have your own version right next door, just waiting to be torn down and replaced by new apartments?  This one has stuck around since 1871, and has seen the block go from one entirely composed of wooden buildings - row houses and freestanding houses - to one by interspersed by brick: a handful of brownstones from the late 1800s and apartments buildings built in the early nineteenth century.  After that, the housing stock stayed about the same for the next century or so.  Until our ugly twenty-first century neighbors came, rising above our rooftops and blocking our sunlight. 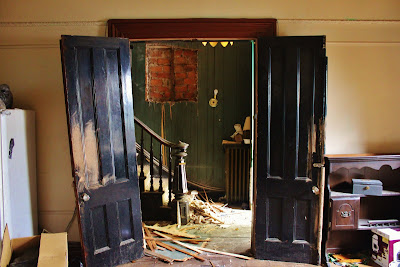 I got a chance to go inside our sister-house today.  There were the graceful front doors (that lovely shade of green!) still intact, and there was the stairway thick with dust.  The elderly couple who lived there had become defensive over the years, and barricaded themselves in with boards and bars.  It was dark inside, and most of the furniture was gone, but there were marks of its inhabitants everywhere.  In the bay, some sort of weird supportive/decorative structure, and bunches of plastic flowers. 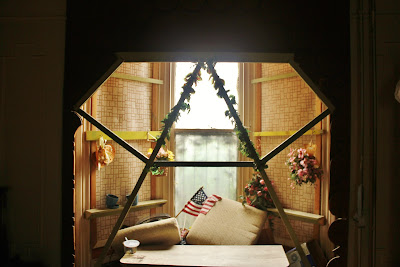 
On a shelf, a sewing kit. A Currier & Ives hostess set. 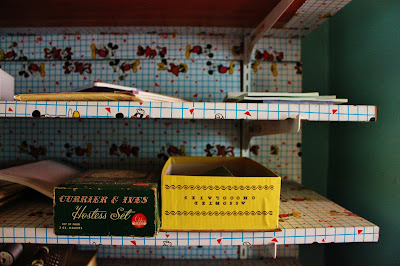 Over in a corner, there was C's rigged-up shopping cart.  He used it on the day he died, on his last shuffling expedition down to Fifth. 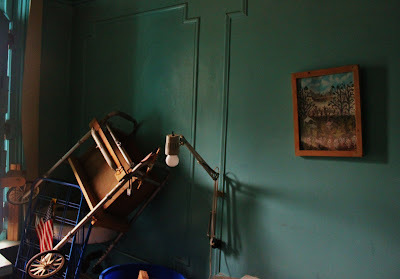 Expendable all.
Posted by onemorefoldedsunset at Thursday, October 25, 2012

Such a shame. I've always wanted to live in a house like that - too bad it's not being preserved and spruced up.

And, that shopping cart is so sad...

Makes me so mad!