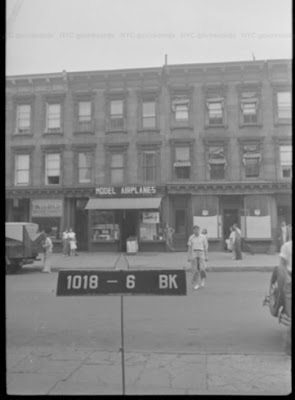 Forget Fifth, or the less bustling Seventh.  At one time, my old neighbor Sal told me, you could get pretty much all you needed on Sixth.  I believed him, but it was difficult to match his memories to the avenue I knew.  By then the retail on Sixth was reduced to corner bodegas and laundromats - handy places, but hardly supplying all life's basic needs.  Today the bodegas have almost vanished too, and laundromats are thinner on the ground.  The other day I took a three block sample, from 9th to 12th; the businesses there now cater strictly to a niche market. 1. Fitness & health: Feldenkrais movement center, physical training, a chiropractor & medical offices. 2. Kids: three nursery school premises, a children's cooking space & a writing center.  3. Restaurants & cafes: Colson & Toto (mayoral hangouts), Muse, & Soigne.  4. An art gallery.  (Oh & a laundromat & a real estate office.) 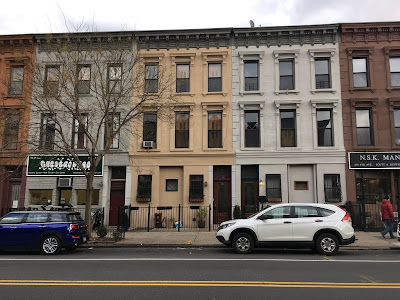 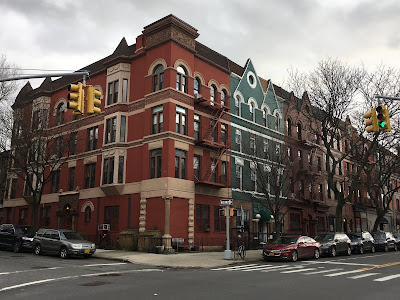 When Sal was a kid, in the 1940s, this stretch of Sixth teemed with stores.  Today, most of their windows have been long bricked up & the spaces inside are residential.  It's easy to spot the switch, but impossible to know what stores they replaced.  Thankfully, the DOF tax photos came to my rescue, showing us where Sal & his family shopped.  Pre-supermarket, pre-Fresh Direct, day-to-day shopping was local & specific.  On 9th to 12th there were two print shops, three delis and groceries, a butcher's, roofing, plumbing and carpentry shops, two barbers, a shoe repair shop, a hats-cleaned-and-blocked store, two restaurant/bars, a shoe shine parlor, a tire & auto supply shop, a liquor store, two clothing/watch & jewelry stores, a radio/photo shop, an appliance store, a shoe store, a model airplane store, and a corner drug store/ice cream parlor.  There were also several other stores whose purpose I couldn't determine, their signs lost in photographic blur.. 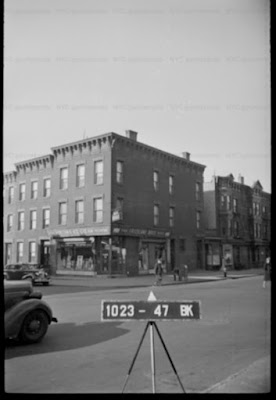 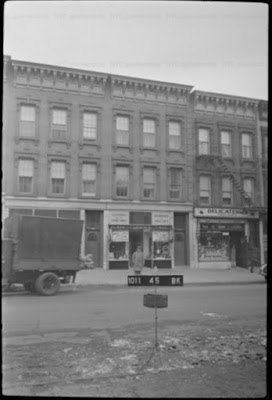 If there was all that retail activity in just three blocks, you can imagine the vibrancy of all of Sixth then, along with avenues like Third and Fourth, which have followed similar retail cycles over the last eighty years.
Posted by onemorefoldedsunset at Wednesday, January 09, 2019