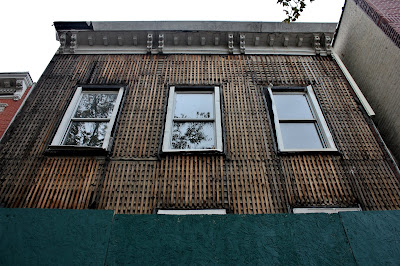 The fence is up at 257 13th, along with a rendering of a new four-family.  The house was sold in March for $2.25M. There are no approved construction plans on record at the DOB as yet.  A man who was passing by as I took photographs told me there'd been two fires at the building recently.  I hadn't heard about this, though I remembered in the summer there'd been two fires in the space of a few weeks at a house on 11th.  Whatever the circumstances, the house had lost its aluminum siding, You could catch a glimpse of the clapboards behind the (is this what you call them?) furring strips. 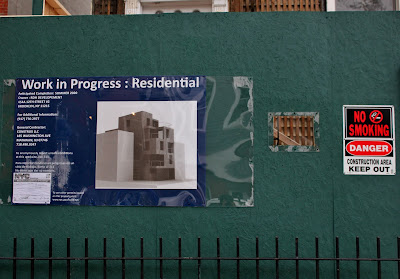 Posted by onemorefoldedsunset at Monday, October 29, 2018