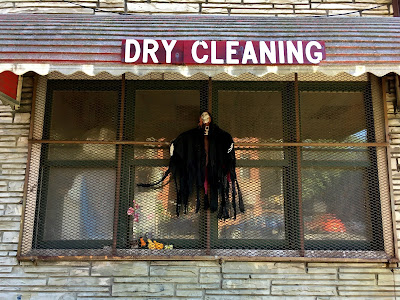 HPD Releases "Speculation Watch List" to Fight Displacement in NYC Neighborhoods
The New York City Department of Housing Preservation and Development (HPD) joined Council Member Ritchie Torres and the Stabilizing NYC Coalition to announce the release of the “Speculation Watch List,” which identifies recently sold rent-regulated buildings where potentially predatory investment may put tenants at risk. The City is making this information available so that tenants and tenant advocates can see another indication of where tenant harassment may occur. The list was announced as part of the Predatory Equity bill, which was signed into law earlier this year.

I'm still confused about 237 11th Street's presence on the list.  A new, high-end, rental building, with no affordable housing units, where 2BR apartments are listed for $4-5K per month?

We’re Partnering With ProPublica On Election Coverage – Let’s Tell The Stories (Bklyner)
We have partnered with ProPublica on our election issues coverage, leading up and throughout the day on election day, to report on any irregularities. We’ve already covered electioneering in the Senate race, potential issues with Ballots being two separate pages, and the fact that translation services will yet again be stationed behind the 100-foot electioneering line, affecting those most in need of help.

The Home Reporter To Make Epic Endorsement For Golden (Bklyner)
The Home Reporter, for the first time in more than six decades, is throwing their support behind a local political candidate and they’re siding with the boss’ friend — State Sen. Marty Golden.
Charles “Chuck” F. Otey, long-time Southern Brooklynite and Golden associate, was crowned the new Executive Editor of the paper during a meeting last night, according to sources. Those sources say Otey suggested the publication break with tradition and endorse Golden.

Exploring the wilds of the Bronx’s Hutchinson River (Curbed)
There are only about a dozen places in the Bronx where the public could, if it wanted to, reach the banks of the Hutchinson River. Most of these access points involve pushing through a hole in a fence, or bushwhacking down overgrown paths, or trekking through flooded salt marshes. Perhaps because of its isolation, the Hutchinson River is now facing several existential threats.

The hills have eyes (Rag-Picking History)
The hills that encircle Greater Manchester on two sides are the city’s implacable edges; indeed, the boundaries of the urban region extend, in places, right up to their summit ridges – the highest point, at 472m, being Blackstone Edge above Littleborough. By day, walkers leave the city in search of succour; at night, from their summits, the city seems like a fairyland, a twinkling paradise of promise. Those hills are also places where the city’s more unpleasant realities are consigned to oblivion – unseen because out here we feel distanced from them. Yet, as flood and fire show us, those hills are still very much connected to the urban region – ramparts that return both succour and savagery to the city at their feet.

‘Inventing New Ways to Be’ (New York Review of Books)

Although Adrienne Rich (1929–2012) never considered herself an epic poet, it’s hard to think of a more apposite definition of her vast and varied oeuvre than the phrase with which Ezra Pound summed up his concept of the modernist epic (speaking, in his case, of The Cantos): “a poem containing history.” Scholars looking to chart the development of America in the six decades spanned by Rich’s career will discover in her work an intermeshing of poetry and history more extensive and searching than that to be found in any of her contemporaries.

Posted by onemorefoldedsunset at Wednesday, October 31, 2018