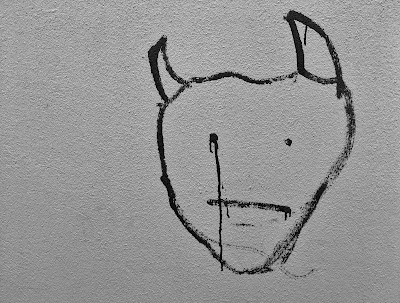 Community Workshop for Public Place
The NYC Department of Housing Preservation and Development invites you to a Community Workshop for Public Place on Thursday, November 1, 6:00 – 8:00 pm at P.S. 32, located at 317 Hoyt St. and Union St.
Public Place is a six acre city-owned site located at the corner of Smith St and 5th St. next to the Gowanus Canal. In 2008, a development team of the Hudson Companies, Jonathan Rose, Fifth Avenue Committee, and the Bluestone Organization was selected to develop the site for affordable housing, community facilities, retail, and open space. The Gowanus Canal was designated as an EPA Superfund site in 2010, and all development on Public Place was paused for clean up and remediation.

Last Stop Coney Island is an independent feature documentary about the life & and work of the American photographer Harold Feinstein. (DOC NYC)
Harold Feinstein was born in Coney Island in 1931. When he passed away in 2015 the New York Times declared him: “One of the most accomplished recorders of the American experience.”
He began his photography career in 1946 at age 15. Within four short years, Edward Steichen, an early supporter, had purchased his work for the permanent collection of the Museum of Modern Art.
He joined the Photo League at 17 and became a prominent figure of the early New York City street photography scene and one of the original inhabitants of the legendary “jazz loft”.
(Harold Feinstein)
Wed Nov 14, 2018, 7:30 PM | Cinepolis Chelsea

When Brooklyn was Queer, by Hugh Ryan
Coming out March 5th, 2019 from St. Martin’s Press
When Brooklyn Was Queer is a groundbreaking exploration of the  LGBT history of Brooklyn, from the early days of Walt Whitman in the  1850s up through the women who worked at the Brooklyn Navy Yard during  World War II, and beyond. No other book, movie, or exhibition has ever told this sweeping story. Not only has Brooklyn always lived in the  shadow of queer Manhattan neighborhoods like Greenwich Village and  Harlem, but there has also been a systematic erasure of its queer  history―a great forgetting.

Kavanaugh Dresses for Success (Hyperallergic)
El Greco painted this portrait of recent Supreme Court Justice Brett Kavanaugh in one of his prior archetypal incarnations in the year 1600: Fernando Niño de Guevara, who was appointed Grand Inquisitor of Spain. According to Wikipedia, “During his tenure as Grand Inquisitor, the Spanish Inquisition burned 240 heretics, plus 96 in effigy. 1,628 other individuals were found guilty and subjected to lesser penalties.”
While Cardinal de Guevara was probably more interested in forcibly converting Jews to Catholicism and molesting altar boys than practicing rape techniques on unsuspecting teenage girls, the themes of punishment, entitlement, and preserving the right of the religious to do anything they want under cover of “textual” sanction, remains a constant.

Stream 50 tracks compiled by Paul Gilroy that chart the development of black music in Britain over the last 70 years, from calypso to grime (Wire)

British-Nigerian filmmaker Adeyemi Michael: All immigrants are conquerors
British-Nigerian Filmmaker Adeyemi Michael tells BBC Africa about the inspiration behind his short film, Entitled, which he describes as a "fantasy documentary" re-imagining the first-generation immigrant experience.
The film has attracted attention for its traffic-stopping sequence featuring Adeyemi's own mother, dressed in full Yoruba finery, riding a stallion along a South London high street.

See below, but better view here.