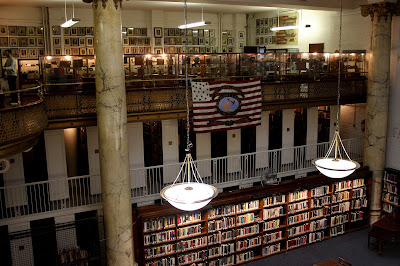 I finally got to visit the General Society of Mechanics and Tradesmen, on West 44th Street.  The Society has been at this address since 1899, when it acquired the recently built, Renaissance Revival building.  The building was subsequently redesigned in 1903 to integrate Beaux Arts design features. It hasn't changed much since then. 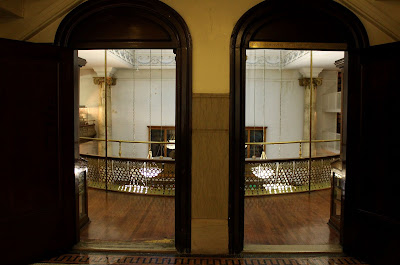 The General Society of Mechanics and Tradesmen of the City of New York, was founded on November 17, 1785, by 22 men who gathered in Walter Heyer's public-house on Pine Street in Lower Manhattan. The aims of the General Society were to provide cultural, educational and social services to families of skilled craftsmen. The General Society during this early period celebrated the mutuality and centrality of the craft community. (Wikipedia) 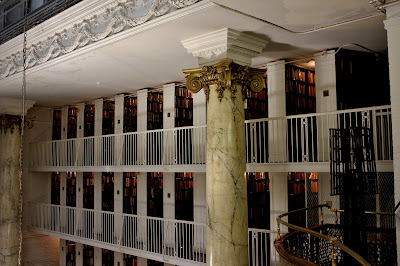 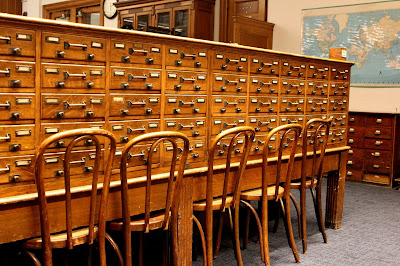 The Society library, founded in 1820, is the second oldest in the city.  It started out as the Apprentices' Library, and while it continues to provide vocational resources it also has an eclectic collection of general reading.  It holds fiction & non-fiction books - some surprisingly up-to-date material here -  and older, more arcane reading.  Its archives date back to the eighteenth-century.  The library, which might have one of the grandest reading rooms in the city, still has its old wooden card-file cabinets, though they serve only a historical function now.  It's open to the public, and a general $50 membership (less for students & seniors) offers borrowing privileges, archive access and various program discounts.  The layout of the library books is something of a mystery, with no signs indicating subject matter.  You need to be an old hand to figure it out, or a seasoned browser whose reading pleasures are fueled by chance as much as purpose. 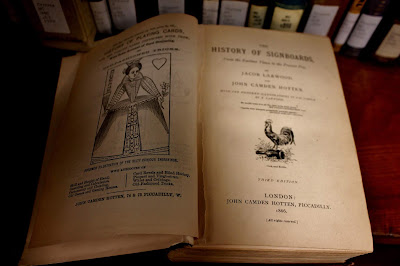 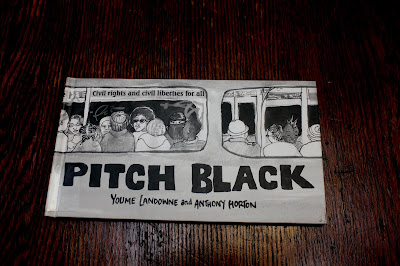 The Society also has a lock collection, and runs a lecture series throughout the year.  Tuesday, October 30th: Why Unions Still Matter. 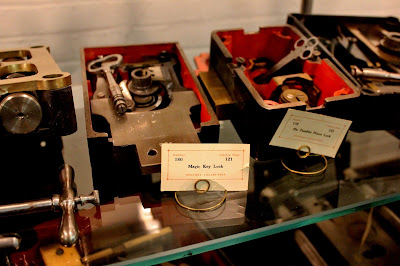 If you're in Midtown with time on your hands, drop in.  It's a beautiful building. There's definitely an institutional, preserved-in-aspic kind of feeling as you enter the building.  As you dust off a book that might last have been read a century ago. Nothing's simple though. Look at a picture of the graduating class, - a wonderfully diverse group, with a growing number of women in the class - & you see the present too. 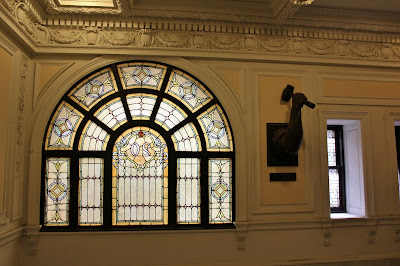 By Hammer and Hand all Arts do Stand