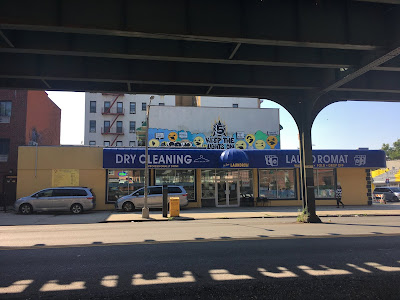 Take a Photo Here (NY Times)
Photography on social media, if you know where to look, can astonish with its hypnotic stream of inexact repetitions. We think we are moving through the world, while the whole time the world is pulling us along, telling us where to walk, where to stop, where to take a photo.  Teju Cole

Directions (Places Journal)
How are you supposed to feel? This strikes me as one of the most incisive questions that can be asked about all the places to which one might be directed in and around Brooklyn, or indeed about any place in the midst of rapid transition. It’s not the sort of question that is addressed in planning reports or development proposals, or that is factored into the data of administrators or investors. It’s not a question that’s raised when the city is being run as a business or marketed as a brand.
What’s the distance from old Brooklyn to new Brooklyn, if your measure is not proximity but public investment and collective benefit?Yet it seems to me a crucial question if we’re to understand the directions in which we’re headed, in the cities that we now champion as success stories. And it’s crucial if we are to understand not just directions but also distances.

At $31.8B, NYCHA's unmet capital needs dwarf government allocations (Politico)
More than $25 billion is needed within one year, yet most of the buildings' crumbling conditions will continue to go unfunded without a major shift in course, according to previously undisclosed findings obtained by POLITICO.
Those are the main conclusions of a mandated study the city conducted in 2016 and 2017 to assess the physical needs of its aging public housing stock — 2,413 buildings across 325 complexes. It is nearly double the five-year need of $16.8 billion from a similar study in 2011 and more than quadruple a 2006 analysis. The findings, which were confirmed by city officials, highlight the lopsided finances of an authority that relies on federal, state and municipal funds: Nearly $25 billion of the five-year need is not accounted for by any public subsidy.

Can Andy Byford Save the Subways? (New Yorker)
In other cities, mayors tend to be heavily involved in mass transit, even hysterical about its deficiencies. Not in New York. Byford has not heard from de Blasio since his arrival, in January. “Bit weird. I should ring him up,” Byford said.

Boost to Local BID Has Some Inwood Rezoning Skeptics Worried (City Limits)
Schaller says that in Washington, D.C., BIDs played a key role in the transformation of neighborhoods. “From my perspective, BIDs there oiled the gentrification machine. I think the questions to ask here are, ‘Who gets to form BIDs and in what context, and who gains from organizing a BID?’ And, ultimately, ‘Who gets to make decisions on the activities they pursue?’” Schaller asks. “They are by design vehicles that are primarily run by landlords because at least a majority of the board has to be property owners. That means from my perspective, they have a democratic deficit that is already built into them.”

Review: A Young Orphan Finds a New Home in ‘Summer 1993’ (NY Times)
Filmed in the locations where the director lived at that age, “Summer 1993” is movingly understated and beautifully acted. The colors are muted and the style is naturalistic; swimming ponds and poultry and heat-languid vegetables enable the children’s games, and the cinematographer, Santiago Racaj, crouches down to toddler height to watch. Through his lens, we see an entirely new family being born.
Playing at several locations, including Cinema Village. Go see it. 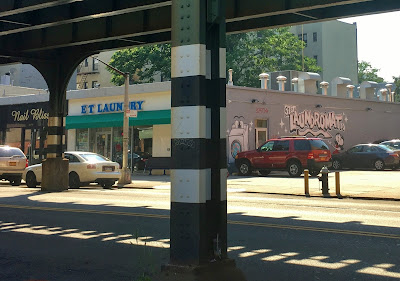 Posted by onemorefoldedsunset at Tuesday, July 03, 2018