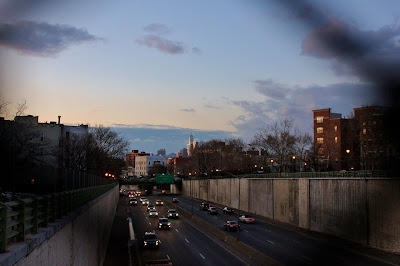 As Columbia University moves into Manhattanville, its industrial past is erased (Nathan Kensinger, Curbed)
“You know how you watch a termite eat the lumber? At first it looks like nothing, and then you turn around, and it’s all gone. That’s what this feels like"

The Death and Life of a Great American Building (Jeremiah Moss, NY Review of Books)
The moment you step inside the St. Denis you feel its energy. Again and again, the people here describe it as “human,” as if the building itself were warm and alive, an entity animated by a soul. It is rich with residue. And if you talk to enough tenants, you will hear ghost stories.

Returning this weekend & next: A Tale of 17th-Century Witchcraft Staged in NYC’s Oldest House (Hyperallergic)
As the family in this farmhouse, along with two visiting priests, examined the afflictions that kept their daughter bedridden, other conflicts about faith, relationships, and possession emerged. Audience members could decide whom to follow, discovering perhaps that the father may be poisoning the young woman and causing her fits (played with Exorcist-like contortions by Rae Haas), or that the younger priest (an unnervingly dogmatic Brian Lore Evans) may be the most dangerous, with the absolute conviction of his belief in the devil’s presence.

A Small Town Kept Walmart Out. Now It Faces Amazon. (CityLab)
“If you were going to pick a place years ago that would still support small businesses, and shop downtown first, I would have said Greenfield would be that place,” Jessica Mullins, the owner of World Eye, told me. But her store’s sales were down significantly last year. Several customers who were once reliable shoppers now come in and find out about new books and games, take a picture of them, and then buy the products online, where they’re cheaper. It’s a practice called “showrooming,” and while the executives running big legacy retailers are the ones who most publicly lament it, it can hurt smaller shops too. “People are getting on Amazon and they’re not getting off,” Mullins said.

Geoffrey Fletcher Among The Meths Men (Spitalfields Life)
There is a curious camaraderie among the meths men, perhaps the only attractive quality a conventional observer would allow them. It is a ghostly solidarity, the fag end of what is called co-operation, citizenship, the team spirit or any other of those names used commonly to cover up the true nature of the forms of society.
... Brick Lane is marvellous, a melting pot of all the nationalities that grew from the loins of Adam, greasy, feverish Brick Lane, the Bond St for the people of the abyss.


Posted by onemorefoldedsunset at Saturday, March 10, 2018