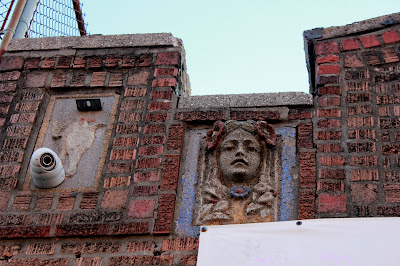 I walked up 20th Street and stopped to look up at the Al-Noor Halal live poultry building.  Not for the first time.  I'm a little obsessed with this building, but I've never been able to find out much about it.  In the nineteenth-century, there was a wooden house here, set at the back of the lot.  A brick building is shown on a 1903 map, and it's the same shape as the building standing here today.  Given those beautiful birds on the facade, it must have always been a poultry market.  There are no certificate of occupancy records at the DOB, and ACRIS records only trace ownership back to the 1980s.  From ACRIS you can see the transition from Jewish to Asian to Muslim owners, but I don't know who owned the property before Minnie Dinerman. 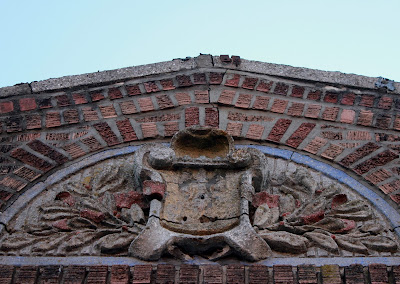 It was a good time to look at the building.  The shutters were down and the street was quiet.  The guys across the street were closing up the warehouse for the day.  You can't take pictures of a live bird market when it's open.  I know too well.  I've been inside the market on Third and talked to some of the workers there - they were friendly, but still, of course, cameras no way.  But here, at this time of day, there was no problem.  As I was standing taking pictures, I heard a voice behind me.  "So you like those birds too?"  I turned around, and a smiling, middle aged woman was standing there too.  Like me, she told me, she liked to look up when walking, delighted in the lesser-known landmarks of the neighborhood. All those funny little signs and dates and embellishments. 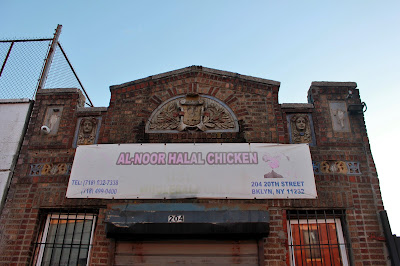 We talked about all the new construction, and thoughts of moving on.  We were about the same age, though she was Brooklyn born & bred. She said her kids were grown and her mother - settled in a new place - had lived long enough to make her dream concert at the Barclay Center - Barbra Streisand!  Was it time for her to head down South - so much cheaper, and a whole host of family there?  Really, though, how could she leave after over fifty years?  I laughed - I'd only be leaving the city in a casket or an urn.  Hopefully neither but by that point it's beyond your control.  We talked for a bit, exchanged names, the ages of the kids, the numbers of the streets we lived on. The sun was going down, turning white brick and aluminium pink. It was time to get going. "We're doin' good, aren't we?" she asked as she headed off home.  We're doing the best we can. 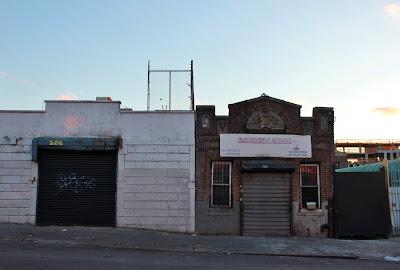 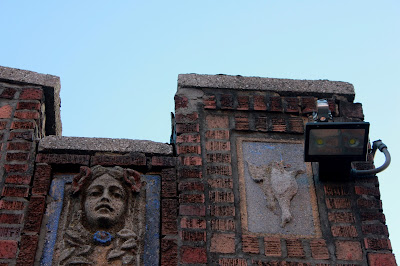 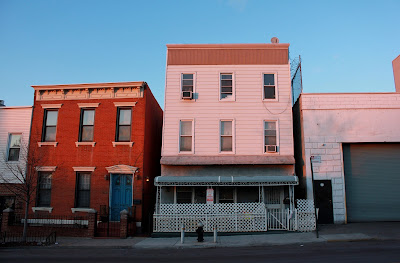 Posted by onemorefoldedsunset at Saturday, March 17, 2018