I kept forgetting to take a picture of the folks at Meineke on Fourth.  A decade ago it was just Mr. & Mrs. there but four years later there they were, a family, with three cute kids and a dog. 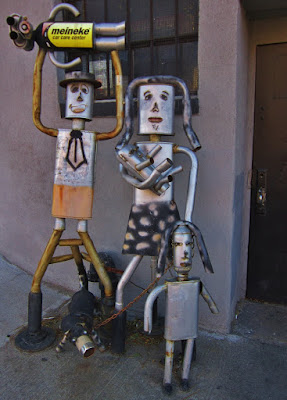 By 2013 the family situation got ambiguous.  There was another woman in the picture and two more kids.  Had Grandma moved in to help her daughter, or had Wife no. two arrived?  We couldn't be sure. The following year another man appeared, standing at the curb and waving to passers-by.  A year later, another child and by 2016 a second dog.  This is one busy household. 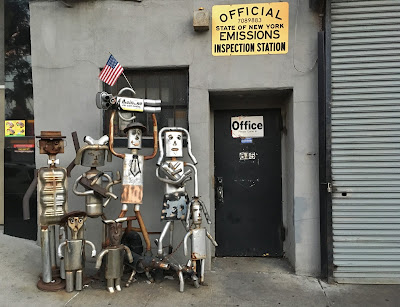