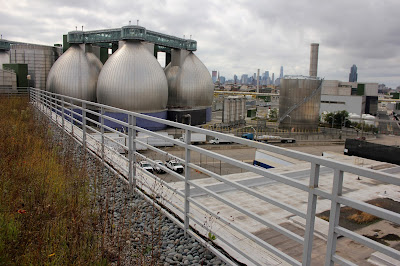 “A gift and a strong social conscience”: Ella Murtha on her mother’s astoundingly truthful photography
Truthful, emotive and highly personal, the work of photographer Tish Murtha captured the social landscape of 1980s northern England with astounding honesty. (It's Nice That)

A Life of Service Ends in Puerto Rico, but Lives On in the Bronx (NY Times)
“Some good has to come of this,” Mr. Conzo said. “She died on the island she loved so much. The island that she fought for, along with her community in the Bronx. She gave her life for her community.” (NY Times)

‘A Soulless Coward’: Coach Gregg Popovich Responds to Trump (The Nation)
“This man in the Oval Office is a soulless coward who thinks that he can only become large by belittling others. This has of course been a common practice of his, but to do it in this manner—and to lie about how previous presidents responded to the deaths of soldiers—is as low as it gets. We have a pathological liar in the White House, unfit intellectually, emotionally, and psychologically to hold this office, and the whole world knows it, especially those around him every day. The people who work with this president should be ashamed, because they know better than anyone just how unfit he is, and yet they choose to do nothing about it. This is their shame most of all.

Me, Too: Assault and Battery, Attempted Rape (Susan Strasser)
Supposedly this scenario — Little Red overtaken in the forest by the big bad wolf/man — is every woman’s nightmare. It had never been mine. If I thought about it at all, I thought I was formidable in my walk, my carriage, my body language; while men might harass me or expose themselves (and strangers did both, on my solo rambles), I never really feared that one would try to rape me. In my first four decades, none did.

Posted by onemorefoldedsunset at Wednesday, October 18, 2017