On Atlantic in the golden hour, a piece of boomtown Brooklyn always has to crash the scene. 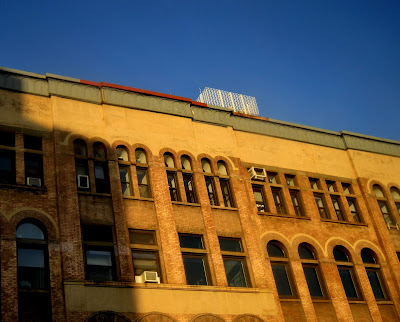 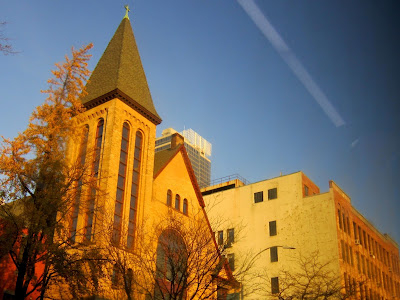 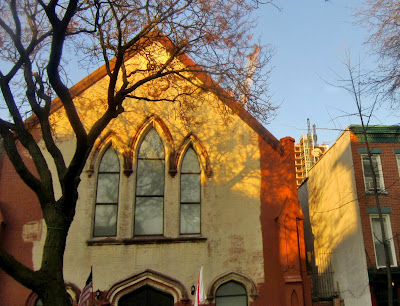 Is it too cheap a trick to catch the light at three or so, in late November?

The bottom picture shows my favorite church on this stretch of Atlantic, St. Cyril of Turau Cathedral, the Belarusian Autocephalous Orthodox Church, which appears (sadly, I'd say) to be getting a brown paint-job.  According to Slavs of New York (an inspired choice of blog name), the parish, founded in 1950, bought the Episcopalian church on Atlantic in 1957, and in 2005 had "about two dozen members."  It's still active.

The Belarusan Church website includes photographs of Feast Day, and a post-Christmas celebration for the children of Belarusian emigrants in the New York area.  Both pictures were taken this year. 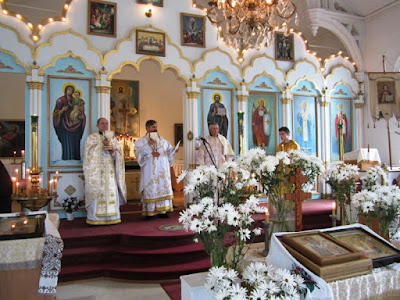 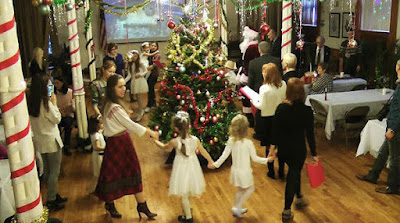 Posted by onemorefoldedsunset at Tuesday, November 29, 2016