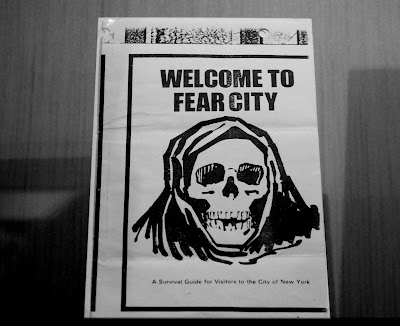 Welcome to Fear City: A Survival Guide to the City of New York c. 1975

As part of their protest against layoffs due to fiscal cuts, the Council for Public Safety - a coalition of city unions - published this booklet. They distributed it at New York's airports and midtown hotels as a warning to tourists about the dangers of a city with a diminished police and firefighting presence. The booklet advised visitors to stay off the streets after 6 p.m., take taxis everywhere and "remain in Manhattan."


Posted by onemorefoldedsunset at Saturday, November 26, 2016