My sequence of walking is not broken, but the recording of same is still out of whack. We'll get this back in shape soon. In the meantime I jump over to 44th Street between Third & Fourth, a mixture of brick and wooden apartment buildings and smaller one or two family frame houses. Close to Third, the Bay Ridge Day Nursery. 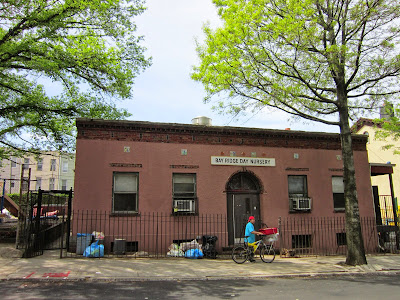 The Nursery, founded in 1917, is one of the oldest child care centers in the city (or country), and the third oldest in Brooklyn.  Originally located on Fourth Avenue, between 38th and 39th, ground was broken for the 44th Street building in 1935, with funds allocated by the Brooklyn Bureau of Charities. 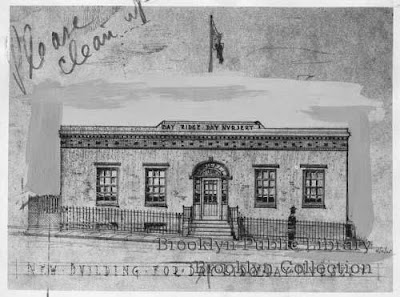 From the outside, the building has changed very little since the 30s, apart from losing its nursery inscription up top, and a few of its front steps - presumably due to the street having been built up over the years.  Are the nursery rhyme tiles on front of the building original? 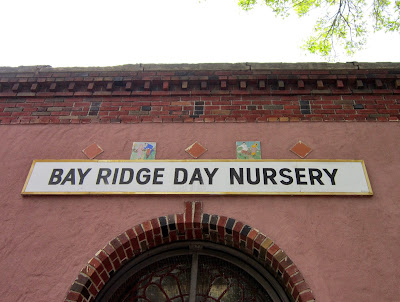 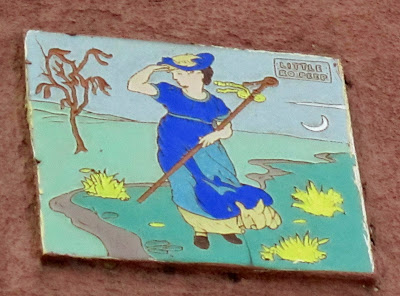 A little further up the block, a tiny house set way back from the street, with Pop's Garage, a Harley decorated trailer and a couple of cars up front. 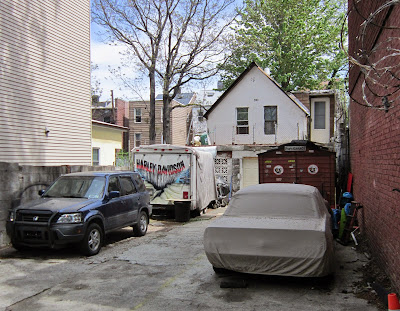 And at Fourth, an iconic Sunset Park business: Tacos El Bronco, with a fine mural to mark the site, and the truck on the avenue, busy with lunchtime customers. 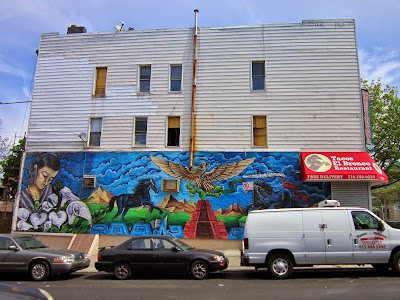 Posted by onemorefoldedsunset at Tuesday, May 13, 2014