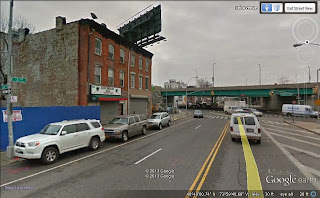 The BQE and the Prospect Expressway merge right around here.  I walked past the auto auction at 16th & Hamilton, to take a good look at the budget-sized blue ape, replacement for Pithicus, only to find him lying slumped on his side.  I didn't have the heart to take a picture, and my thoughts turned instead to the bigger guy, lost in the storm and drifting, untethered, over the city.  Up 16th, towards Third, I saw the sign for the Fire Lounge bar, which replaced Puerto Escondito earlier this year:

"We are located in Brooklyn heart of NYC. Close to all trains, buses and few minutes from Manhattan, Queens and SI. We serve finger foods, soft drinks, Hookahs and alcohol. We do private party and VIP reservations. Fire Lounge Hookah Bar and Cafe is the NYC's hottest friendly place to be and have fun..."

Information is scant, but it doesn't seem like a place to attract the newer Gowanus crowd.

The building's early history includes a couple of sad stories that made the papers - an assault on a child by a lodger (Brooklyn Daily Standard-Union, January 1905), and this one, in September of 1888:


WOULD NOT GO WITH HIS MOTHER


Michael Dorey Would Rather Go to Jail  Than Live With Her.
The case of Mary Nolan against her mother, Jane Mooney, to obtain possession of her 13-
year-old boy, Michael Dorey, was before Judge Clement, in the City Court, to-day. Mrs. Nolan,
who was then a widow, came here from Ireland about seven years ago, and left her child in the
care of her mother. Shortly after arriving in this country she married John Nolan,
and took up her residence at No. 639  Third avenue, this city. She had saved money and rent for her two brothers, James and Michael Mooney, and her mother and the boy.
Tbe grandmother took the boy away from her and went to live with another son who is married
and lives at 593 Third avenue. Tbe mother then wanted to get possession of her child and
tbe grandmother refused to give him up. The boy w«a in court to-dav and was put upon the

witness stand. Lawyer James G. Tighe, who appeared for the mother, asked the boy whom he
was living with.
"With my grandmother at my uncle's house,"said the boy.
"Who were you living with before you went to live with your grandmother?" asked Mr. Tighe.
"I was living with Mrs. Nolan," answered the child"What! you say Mrs. Nolan; she is your mother." said counsel.

"I don't know whether she is or not,*" said tbe boy, bursting into tears.
"Wouldn't you rather live with your mother?" asked Lawyer Tighe.
"No; I would rather go to jail first," sobbed the boy.

"Why, how is that?" asked counsel, kindly.
"She ill-treated me," he answered. "Made me get up at 3 o'clock in the morning and sell papers and I don't want to live with her."
Judge Clement decided that tbe boy would remain wtth the grandmother unless it was shown that it was for the welfare of the child to give it to the mother.
The mother denied the statements of the child and said that her mother had instructed him in
what he should say.
Judge Clement adjourned the case until Saturday to give the mother time to prepare an answer.
(Brooklyn Daily Standard-Union,) 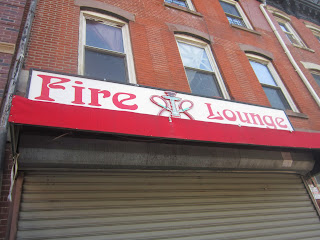 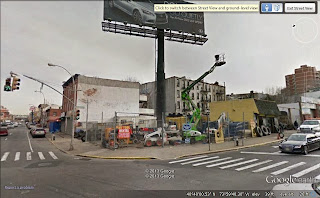 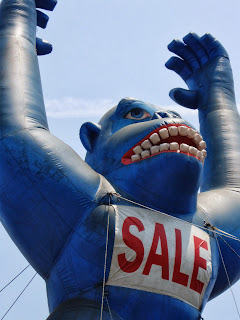 Posted by onemorefoldedsunset at Thursday, December 05, 2013

Here's the sad news from the excellent Be the BQE.

Somehow, I missed that. How sad!