A Study in Yellow

The other day I was taking a picture of yet another liquor store (a worrying obsession, perhaps) when I realized that most of the older liquor store photographs I already had featured yellow signs.  Yellow with red or black.  Certainly there are other plenty of other color choices for a liquor store, & I have examples of them, but yellow seems to be a go-to hue.  Not as consistently as old-school bodega yellow/red/blue, but still.  I suppose (too bad) it's just a matter of visual immediacy, with no unofficial alcohol color code behind the choice.  There are, after all, a ton of yellow shout-out store signs in the city, & maybe that's why I was drawn to notice more readily the ones I photographed.  And maybe I'm not even noticing some of the liquor stores with subtler colored signs ...

And now I think it's time to stop thinking about this kind of thing. But if there are any liquor store historians out there...

And just before we drop the topic, here are a few yellow examples.  I like them. 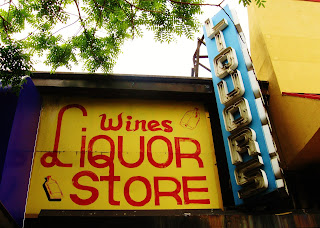 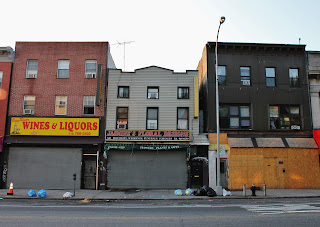 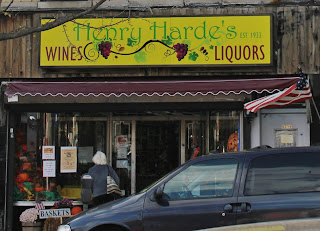 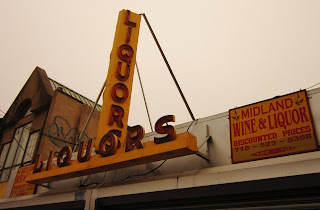 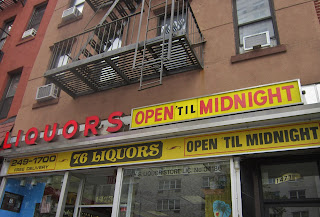 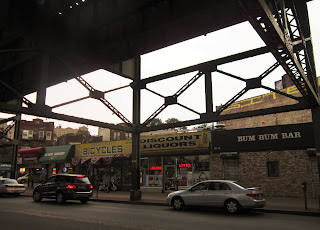 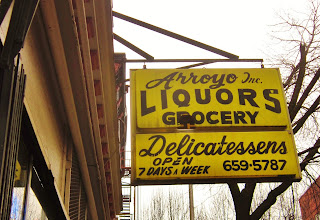 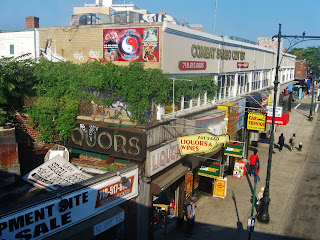 Sheepshead Bay (well, part yellow & I like the sign too much to leave it out)
Posted by onemorefoldedsunset at Thursday, May 02, 2013

You're right about the yellow liquor store signs! Now it's a new obsession for me, like I need another one!

I like the use of yellow on signs and storefronts - makes the street sunny, even on the cloudiest grey day.