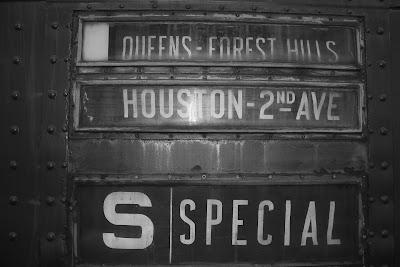 Sure, there were young people too, but most of the crowd on the MTA holiday nostalgia train were older, and most of them were male. The trip, from 2nd Avenue to Queens Plaza, in vintage subway cars, is transport buff heaven. All around you'll  hear accounts of childhood rides, or arcane comparisons of urban train systems. A fair number of riders fit into the solitary, transit-obsessive geek mold, and it was a day to celebrate their calling. There was also a father & son contingent, and one kid played conductor at each stop, with an air of informed gusto. Hurrah for single-mindedness! 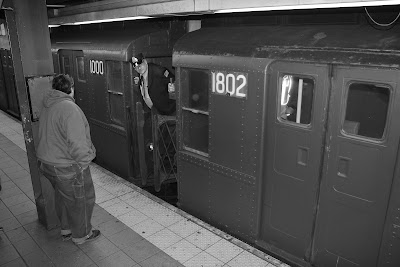 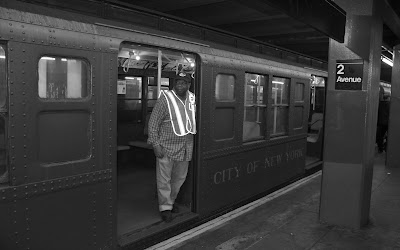 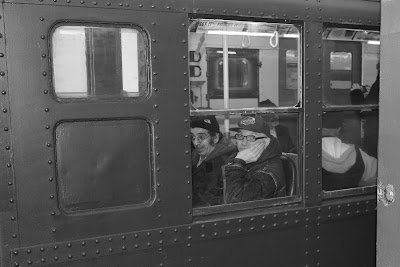 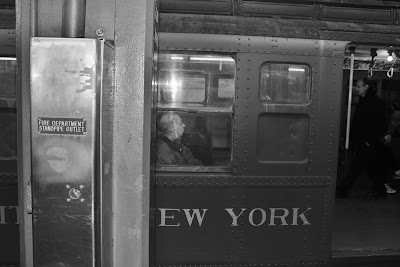 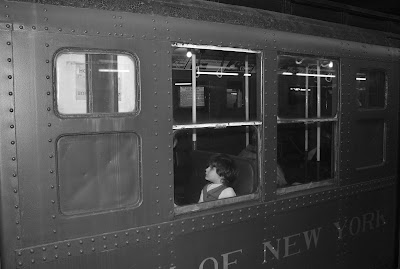 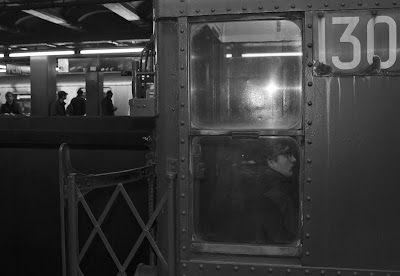 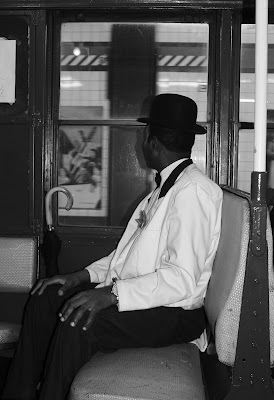 And some riders celebrated the occasion in style.


I took about five million photographs today. There may be some more of them here later this week.
Posted by onemorefoldedsunset at Monday, December 03, 2012

I love the nostalgia train! One year, a woman complimented me on my costume...only I wasn't wearing one.

Sad that I never rode that train! Oh well, maybe on a trip back. Did you get a picture of Jon and Karen?

Ha! Everyone's so excited on the train (well these photographs don't exactly show that!) - we're all kids again. It's sheer bliss. No, I didn't get a picture of Jon & Karen. Didn't feel like bothering them, as I don't really know them that well - just chatted briefly a couple of times. But Karen certainly looked fancy.