We make a correction - the War is ramped up, with a big bold corner sign.  Yes!! 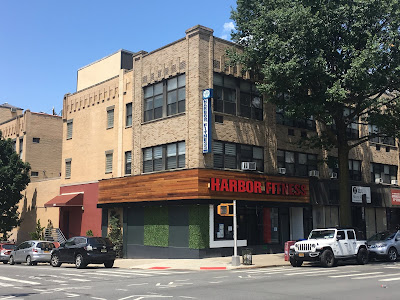 Back in 2017 it looked like Harbor Fitness might be expanding into the space occupied by a vintage clothing store, a sally perhaps in the Fitness War with newly opened right-across-the-street Crunch. 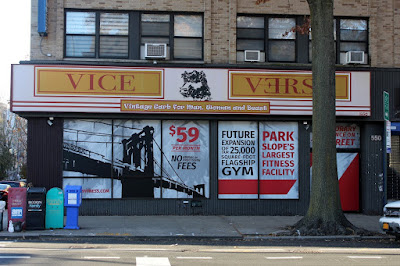 Since 2017, business at the Crunch building, 555, doesn't appear to have been as successful as its owners might have hoped.  Longstanding paint company Sherwin-Williams took up one of the ground-floor retail spaces, but the other ground-floor space has remained vacant. 555 was put up for sale last year, though no sale is on record.  The sale ad revealed the rents in the building, unusually high for the area. You can read more about Crunch on Fifth here. 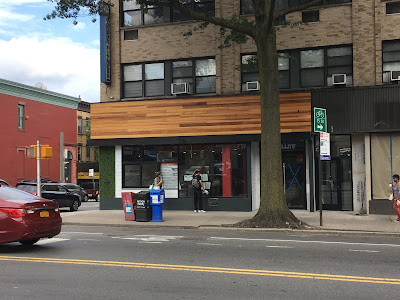 Back in 2012 I noticed a great old Sherwin-Williams sign in Borough Park.

Sherwin-Williams Paints Cover The Earth.  Look at that paint go! 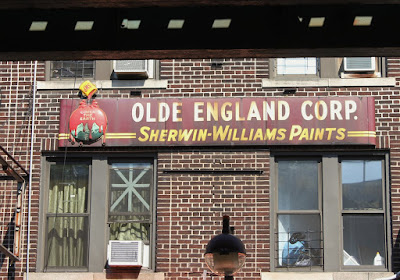 Posted by onemorefoldedsunset at Monday, July 22, 2019