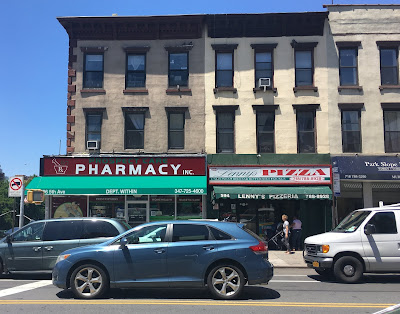 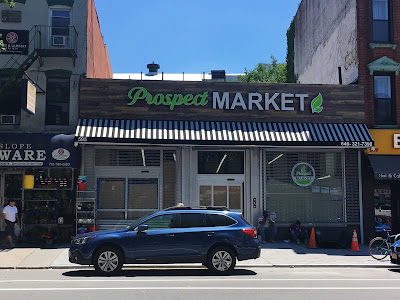 What's more, it looks like it'll be a decent one, if it's run like the Prospect Market on Prospect Park West in Windsor Terrace.  It should be a good addition to the avenue.

Young Ethel's, the new bar that at 13th that will replace comedy bar Salzi's is still in the works, and a block north, the long-empty store that housed the fascinating hanger-on Mezini/La Royale/Beba's La Royale will re-open as Winemak'her.  It's unclear if it's open yet, as the business website suggests, but if not, it looks like it's nearly there.

Winemak’her is a wine bistrot in Brooklyn Park Slope, offering woman winemaker wine from France and other countries of origin, and featuring an indoor pétanque (French popular ball sport) track.
We offer wine, beer, sweet wine, cocktails as well as French aperitif alcohols such as pastis. And small plate with organic and local food, to share.
We don’t aim to be too upscale, our prices are mid-range and aligned with the competition, but featuring a women winemaker-centered wine list, with lot of biologic wine, and also food that’s healthy, organic, and locally sourced. 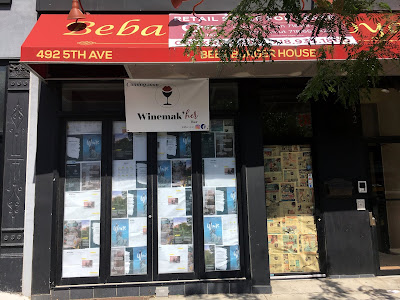 Jukebox NYC boxing club/boot camp, a reincarnation of Rise Brooklyn Fitness, appears to have made a successful jump to its new location at Fifth & 12th & is always buzzing with activity when I walk by, a marked contrast to some of the other small gyms that have opened round here. 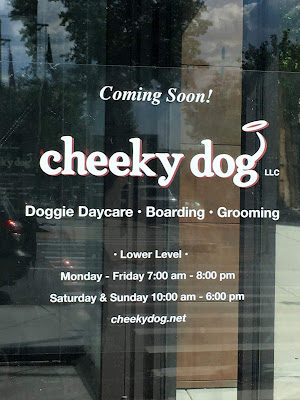 Posted by onemorefoldedsunset at Monday, July 01, 2019