Heading up Fifth on the B63 I passed the wooden building that used to be Paul's fruit & vegetable store. Paul's closed in 2015 to become the unremarkable Brooklyn Market & Deli, & I hadn't paid it much attention since then.  These days it's Lickers N Sniffers Pet Services, a doggy daycare/grooming/pet sitting/dog walking center.  A very of-the-moment urban service niche. 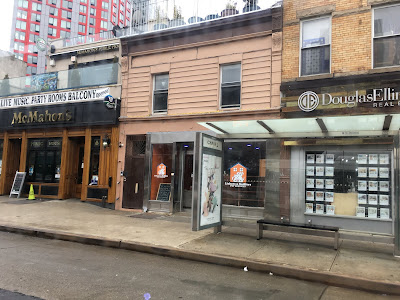 Here are a couple of views from several years ago. 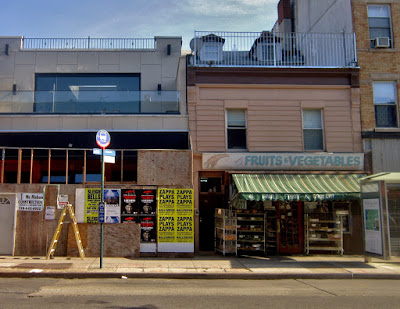 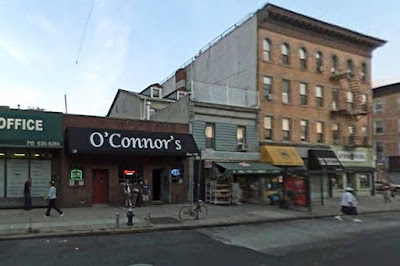 
The upper section of the facade has barely changed at all in recent decades, but it once sported a wall of glass windows upstairs, where the second-floor space was also used as retail. 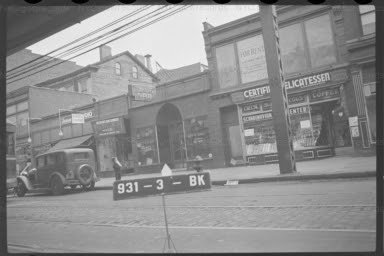 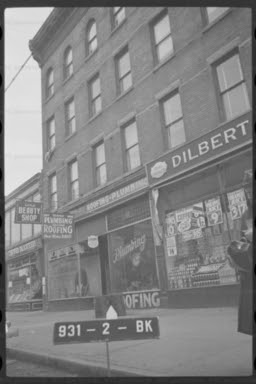 The Department of Records tax photographs shown above, taken between 1939 and 1941, show Paul's as Stutmann and Grannemann's Scandinavian Food Center, a "certified delicatessen."On one side of the Food Center you can see O'Connors Bar and Grill (1931 - 2011) with a fancier facade than is evident in its Grill-less 1980s years. Was the original building was replaced or merely altered? O'Connor's - down at heel and infinitely charismatic at the end - was succeeded by the expanded sports bar McMahon's around 2014. On the other side of the Food Center the photograph shows a plumbing and roofing business. 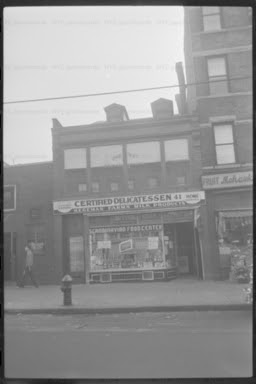 A decade later the deli is Stutmann's alone & the roofing & plumbing business has been replaced by a fruit & vegetable store.  As always in the city, the streetscape is never static.  A part of the fruit and vegetable store's sign - "Mohawk" - is visible, reminding one that this part of Fifth was close to Little Caughnawaga, a thriving community of Mohawk ironworkers and their families from the 1920s to the 1970s.
Posted by onemorefoldedsunset at Friday, March 01, 2019

Where did you find these archival photos?

The DOF just made all the city's 1940s tax photos available online. The 1980s ones are there too, along with some other interesting collections. The search for particular tax photos is kind of laborious, but you'll get there in the end.
http://nycma.lunaimaging.com/luna/servlet/NYCMA~7~7

Your work is such a pleasure to see - still some beauty in the old city!