Playing at the Montauk Theater, January 1901 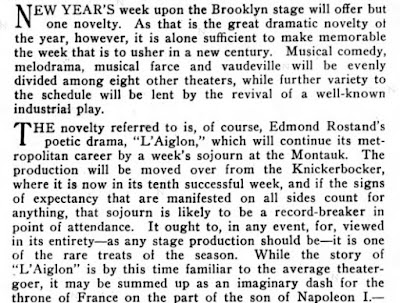 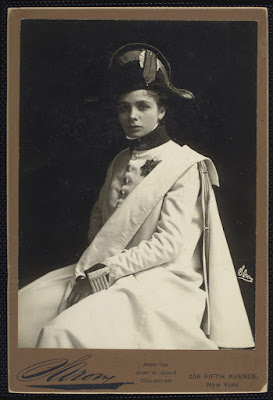 Maude Adams looks the scion of the Bonaparte-Hapsburg union to the life. One never thinks of her as a woman from the beginning of the play to its sad last scene. In every pictorial and superficial attribute her portrayal is flawless. Not a gesture or a pose is out of place or awkward. She wears her garments as if used to them all her life. The mask is a fine study, and the play of features is surprisingly varied and effective, while the young artist’s integrity of purpose, her dramatic aptitude, and sympathy shine through all the performance, and her own uncommon personal charm is continuously exerted.  (NY Times) 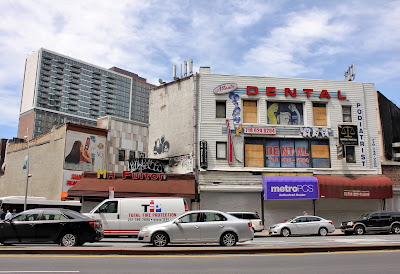 A decade later it was forced to make way for the construction of the Flatbush Extension & the theater building was moved to nearby Livingston, at Hanover Place. 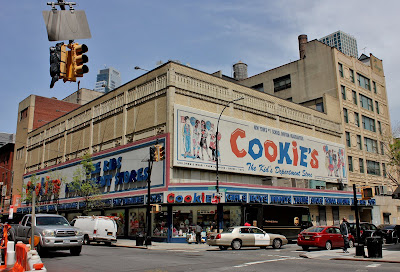 In 1907 the theater moved again to a spot on Flatbush Avenue Extension right across from its original location.  It had a series of owners, names & renovations over the next thirty years or so, ending as Billy Minsky's Brooklyn Burlesque.  It was demolished in 1940.

Adams, who started her stage career as a child, became one of the most successful and highly paid actresses of her time.  Her most popular role was the lead in J.M.Barrie's dramatization of Peter Pan. She retired from the stage in 1918, but returned to acting for a number of years in the 1930s.  She collaborated with General Electric and Eastman on improvements in stage lighting and color photography, and headed the drama department at Stephens College in Missouri.  She died in 1953, and was buried next to the grave of her longtime companion Louise Boynton.
Posted by onemorefoldedsunset at Wednesday, February 06, 2019