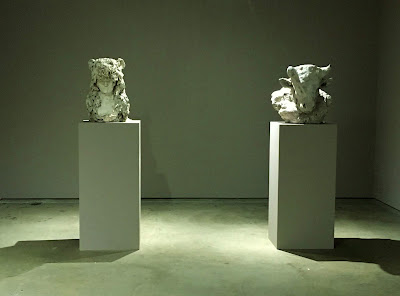 This book will take you back to a vanished Brooklyn (Post)
Flipping through his new book “Brooklyn Before: Photographs 1971-1983” (Three Hills), out now, you’ll find working-class families — many of them Italian-American, Irish-American and Puerto Rican — gathering after church, kids playing on sidewalks, children celebrating their First Communion, tie-clad candy-shop owners, old people hanging out on stoops. The book includes 128 photos, alongside essays by writer Tom Robbins and art critic Julia Van Haaften. Together, they paint a moving portrait of a vanished world.

One year after Maria, the Puerto Rican diaspora charts a new path forward (Grist)
Again and again, speakers at the event called for for the island’s people to be able to chart their own future — and escape the federal government’s grip.
Elizabeth Yeampierre, executive director of the Latino community-based organization in Brooklyn, UPROSE, paid respect to a resistance she says is building within the island. She called its members “the people who are making sure that Puerto Rico is there 50 years from now, 100 years from now, and that we are an independent, sovereign nation.”

The Prostitution Empire and the Former N.Y.P.D. Detective, Always One Step Ahead of the Law (NY Times)
The women’s pictures appeared on Backpage.com and other sites notorious in the sex trafficking world. Selfies, grinning and topless. “I’m a fun, flirty, sexy & bubbly girl who just wants to hang out and have some fun,” one ad read.
She listed her location: an apartment on Fourth Avenue near 11th Street in Brooklyn, on the border between Gowanus and Park Slope (below, left of the Rain Forest Relaxation spa). 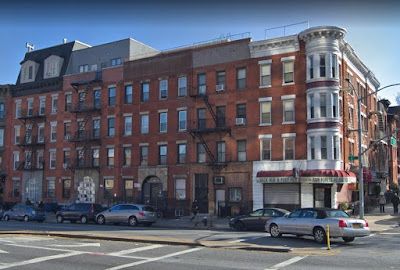 On the Front Lines of Feminism: Classic Articles, Essays, and Poetic Extravaganzas From the Voice Archives (Village Voice Archives)
From “Battling” Bella Abzug writing a guest column about the Equal Rights Amendment to Ellen Willis’s always-cogent essays on all things female and beyond, as well as Vivian Gornick’s deep dives into feminine consciousness and Jill Johnston’s legendary stream-of-the-id poem-speech, the Voice has always provided a forum for feminist theory, joy, outrage, and debate.
The newsprint may be yellowed, but the ideas and arguments remain timely in this gallery from the Voice archives.

Don’t Take My Kodachrome Away — A Review of Fred Herzog: Modern Color (National Gallery of Canada)
In the new book, Fred Herzog: Modern Color, the photographer’s masterful use of colour is on full display. A quintessential mid-20th-century street photographer, Herzog captures daylit streets crammed with shop signs and people. At night, the neon lights of a gloriously gaudy Vancouver float in the darkness like fireflies in pitch. Open lots with wrecked and decaying automobiles sit cheek by jowl with down-at-heel businesses on forgotten street corners. Industrial sites acquire strange beauty in their very ugliness — informed by the knowledge that they, too, are relics of an age before towering skyscrapers and condo canyons.  More Herzog here.

Rainy city stories (rag-picking history)
In dismal late-autumn light, those five wet days seemed locked in a strange timezone – my experience of the city was all interiors, punctuated by dashes between buildings or steamed-up buses, umbrella always at hand. Outside, the rain stained the city’s brick and concrete buildings with ribbons of water; it gathered in every available hollow, and dribbled incessantly from lintels and eaves. For that seemingly interminable period, it was as if the solid architecture of the city had been blurred into the smudges of paint seen in the work of Adolph Valette, teacher of L S Lowry – the city liquified into atmosphere; water everywhere.
Posted by onemorefoldedsunset at Wednesday, September 26, 2018