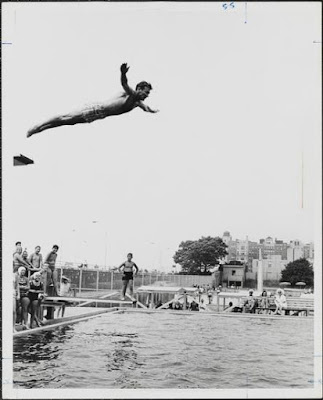 The weather's going to my head. Yesterday I was wasting the day, beating the heat, by searching for photos of John Lindsay. Yes, he had a checkered run as mayor, but let's face it, the man had style, and was more than willing to hit the streets, roll up his sleeves and engage with his constituents. There he was, canvasing in Queens with a young Liza Minnelli in tow, carried shoulder-high by a jubilant crowd at the opening of Flatlands Industrial Park, strolling through Central Park, rugged in plaid.  And the man could seriously rock a raincoat. How the camera loved him.  At 6' 4" Lindsay was only an inch shorter than the current mayor, but unlike de Blasio he wore his height with grace, and a loose, easy physicality.  He could have been a model. 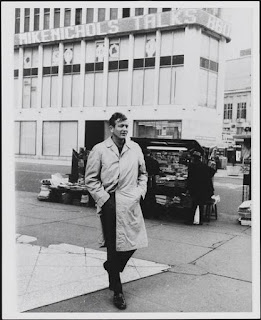 But I'm getting carried away.  Let's see things from more seasoned eyes.  Back in the summer of '69, Jimmy Breslin wrote a beaut of a piece for New York Magazine: "Is Lindsay Too Tall to Be Mayor?"  The title's pertinent fifty years on.  And it's classic Breslin - so sweet and tough & soaked in the brine of city life you have the hardest time trying to lift a quote & in the end you give up trying. Go read it all.
Posted by onemorefoldedsunset at Tuesday, August 07, 2018