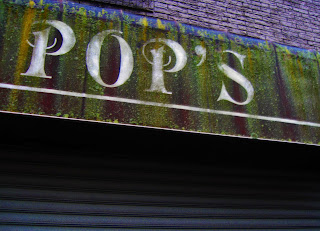 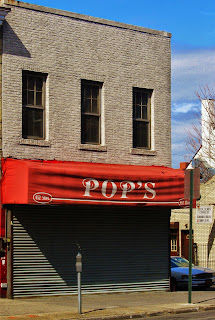 The awning in its later, greener days (top) and in brighter times (2009, bottom)


South Slope's Fifth Avenue continues to transform.  Pop's Bazaar, at 19th, closed years ago, but the awning stayed, gathering moss, or mould or something else green .  652 Fifth was sold last summer for $750,000, and will be expanded up to a third floor. 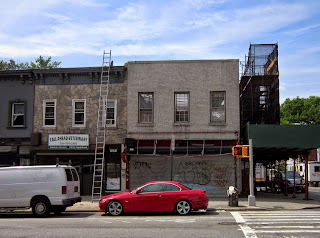 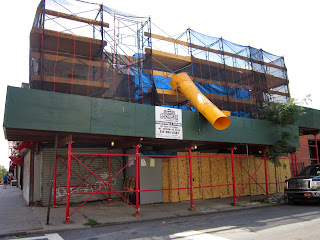 The Call Ahead vet's office, next door at 654, is on my agenda for a visit, now we have a ragged Southern terrier/hound hanging around the home.  In my search online for local vets, this place scores for the best prices, and charismatic ex-boxer Dr. Novick, who's practiced here for over twenty years, gets positive reviews.

Here's a corner building at Fifth & 20th all popped up.  In the background you can see the old furniture warehouse currently getting a conversion treatment. 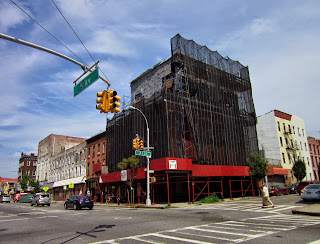 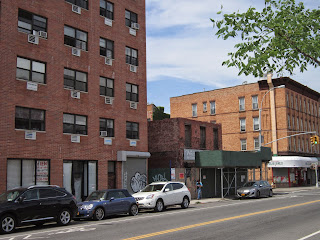 Finally, we must turn to that  "Coming Soon!" banner (wink! wink!) at 18th, which has been amusing passers-by for many a month.  A fire in gutted the building in 2010, and took out an Associated Supermarket. 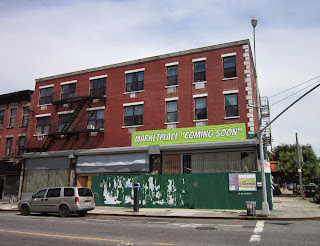 
Posted by onemorefoldedsunset at Tuesday, July 22, 2014